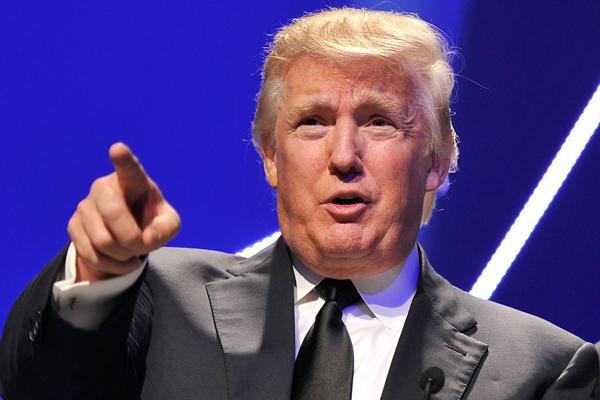 It is rare for there to be so much election coverage more than a year before the election. But the entertainment of Donald Trump and his amusing and outlandish comments has made this summer’s first primary debate the most watched ever.

The media is obsessed with Donald Trump. They cannot help but broadcast Trump’s town hall meetings and rallies. Even Trump is surprised at the extent of his media coverage. There are several other candidates: they just aren’t getting the exposure Trump does. What they do get, are plenty of questions about Trump, of course.

On the other hand, there is a group not so attracted to Donald Trump.

That is the power brokers in Donald Trump’s own political party: the Republicans.

Donald Trump, who at first was not taken seriously when he announced that he was running for president, is leading the polls in the Republican primaries by a wide margin.

Trump may very likely win the primaries, but can he actually take the White House?

Mathematically, it is highly unlikely for Donald Trump.

That is mainly because of Trump’s foolish and absurd views, particularly on immigration and women. And the two main goals of the Republican party in this election are to win back the Hispanic and female vote.

In the last presidential election, the Republicans lost the Hispanic vote 71% to 27%, which was a crucial difference in the election. And that was mainly because Mitt Romney expressed that illegal immigrants will just want to “self deport” themselves because his policies would be too harsh for illegal immigrants.

As a whole, the Republican Party has learned its lesson. It needs the Hispanic and female vote. But Trump is threatening even more extreme measures on illegal immigrants.

Trump also wants to build a wall on the Mexico/U.S. border, and says he would make Mexico pay for it.

This will only further deter minorities from voting for a Republican candidate whether that candidate is Trump or not. History has shown that when a party wants to prevent immigrants from coming into this country, that party pays the price at the ballot box for years.

In the 1920s, when Republican Presidents Warren Harding and Calvin Coolidge enacted their harsh policies on immigration, particularly forbidding Europeans and Asians from moving to America, the Republican party lost the minority vote. As a result, the Democrats controlled the White House for two decades (1933-1953).

Also, the Republican Party is trying to regain the women vote which it lost by the largest margin ever in 2012: 56% to 44%.

Women have expressed their outrage over Trump’s rude and inappropriate comments.

So then how are Trump’s fellow Republican nominees supposed to react to his comments considering Trump leads in the polls? Many of them are giving in reluctantly and accepting (but not truthfully) his viewpoints. They see Trump as being so successful in the polls, that if they say something against what Trump favors, they will lose their chance of gaining traction in the polls.

Should Donald Trump leave the Republican Party and run as an independent or plummet in the polls, would the Republican candidate in the general election then contradict himself or accept Donald Trump’s stances on immigration? A candidate who contradicts himself is setting himself up for failure. It is a lose-lose situation.

The summer of Trump is transitioning into the fall of the Republican Party.