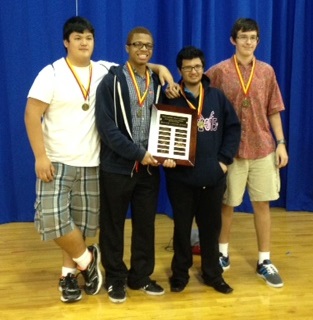 Other Chinese students, 18 in all, also participated in individual contests in reading, writing, and speaking categories. While the results for those contests are still being tabulated, Qian says, “I am confident they all did an excellent job.”