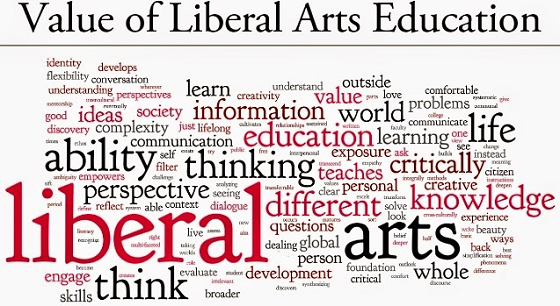 As any second-semester high school senior would sympathize, the pressing question when any relative or family friend interacts with me recently has been, “Do you know where you’re going to college yet?” Which is always swiftly followed with, “What do you want to study?”

After I lay out my plans to double major in psychology and music therapy, I often get a slightly deflated, monotonic, “Oh.”

On more than one occasion, I’ve even been met with, “Well I’m sure you will change that before you graduate, or a personal favorite, “So, you’re not interested in making any money?”

So, for those who insist that my future education will be all for naught, my degree a flagrantly over-priced piece of stationary, my market value in the workforce in atrophy, this is for you: According to a 2014 Association of American Colleges and Universities in a report, “At peak earnings ages (56-60 years) workers who majored in the humanities or social sciences earn annually on average about $2,000 more than those who majored as undergraduates in professional or pre-professional fields.”

Likewise, the same study found that approximately 40 percent of those who have liberal arts undergraduate degrees also hold a graduate or professional degree, which subsequently provides for an additional average of $20,000 to their salary.

While unemployment immediately after graduation is just slightly higher for liberal arts students, research by the National Center of Educational Statistics asserts that rates of employment mid-career turn out to be roughly similar to for individuals with most other degrees. And, the overarching benefits of creativity, communication and social understanding that come with a liberal arts degree perhaps surpass many other degrees.

The reality is that we live in an ever-shrinking world; being a “global citizen” isn’t a cute sound bite – it’s a necessity. Therefore, dealing with a rapidly changing world in all its diversity, requires prowess in articulate and compassionate communication, reasoning to weigh competing theories in addition to imagination, and ingenuity in problem-solving. What do all of these skills have in common?

Oh. Right, they are the very abilities fostered by the liberal arts.

While modernization in medicine and technology are irrefutably remarkable, such feats must be underscored by the history from which we came. The significance of our recent accomplishments is squandered if we forget the components, like critical-thinking and creativity, which made them feasible.

The humanities are the story of us. Classic novels, art, music can trace who we are as people in a much more dimensional light than can carbon dating.

Literature and language engenders fluency in communication as well as awareness and comprehension.

Philosophy taps into a deep understanding of the human experience and demands extensive skill in reasoning.

A liberal arts education transcends any specific job niche. Even if one wishes to pursue a career in engineering or biology, their specific knowledge in their respective field will be bolstered by the ability to comprehensively communicate their ideas. It wouldn’t matter if a scientist had found the cure to cancer if it was locked behind the barrier of inability to intelligibly articulate his/her ideas.

So, not only am I convinced that my future degrees will be more than adequate to sustain myself in the workforce, but I also feel as though a liberal arts education will provide life skills worth considerably more than a paycheck.