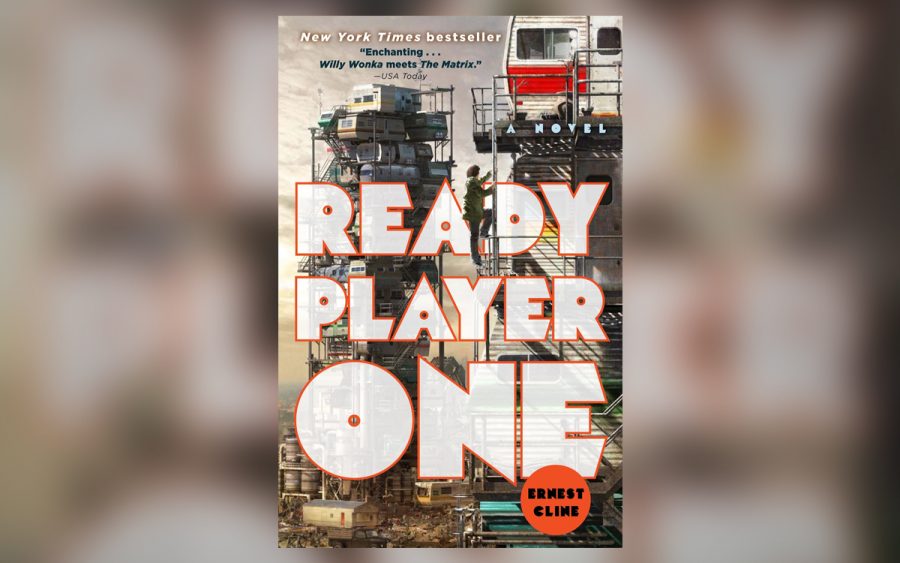 Ready Player One, the recently released Steven Spielberg directed film, is based on the novel by Ernest Cline. Anytime a film based on a popular book is released, fans of the book are eager to view the film and see how true to the novel the film is. The same is true of Ready Player One.

Both the film and the novel are about Wade, an eighteen-year-old orphan who escape reality though a game called OASIS. The game’s founder had developed a contest to see which of the players can win the game with the winner being able to control the whole OASIS. Wade befriends other players to stop their enemies from taking over the game world

Cline’s novel starts with Wade going into the real world and his difficulty functioning in it. Much of the book’s first hundred pages take place in and around Wade’s school, which not only functions as a way to introduce the way the world works now but what kind of person Wade is when he is not tooling around for fun in the virtual reality environment that serves as his only real refuge.

In his film version of Cline’s book, Spielberg elects to drop his audience smack into the more fun side of the OASIS, with Wade and his best pal Aceh getting ready for a very important race later on. While we do later see Wade going through the real world and a number of small scenes are recreated for the big screen such as Wade living in his aunt’s laundry room, and his descent from his RV home into the lower level of the so-called “Stacks.”

However, Spielberg makes two major changes to the narrative in Cline’s book that stand out in a big way. Both involve the first two challenges that Wade and his friends must complete to earn Halliday’s Keys and ultimately win the vaunted “Easter Egg.”

In the book, the first challenge takes place on the planet called Ludus, where the various in-OASIS schools are located and requires players to journey to the middle of nowhere to play a large-scale version of the “Dungeons & Dragons” module “Tomb of Horrors.” Once that part of the challenge is beaten, the player must then defeat a D&D baddie at a game of “Joust.’’

Spielberg’s film gets away from all that, instead of setting up the first challenge as a large-scale vehicular race that requires participating Gunters to navigate a wild road race through the OASIS version of Manhattan, while also avoiding giant monsters that include King Kong and the T. Rex from Spielberg’s own Jurassic Park. When the film begin, the race has never been won — no one has yet managed to push through to the finish line — and it restarts at various times, giving players many  chances to win.

Those who have both read the book and have seen the film will see other significant differences between the two that may frustrate fans of the book especially if they notice that some of the favorite scenes from the book have been omitted from the film. Still, that should not be a factor in their ability to enjoy how Spielberg has brought Cline’s book to life.