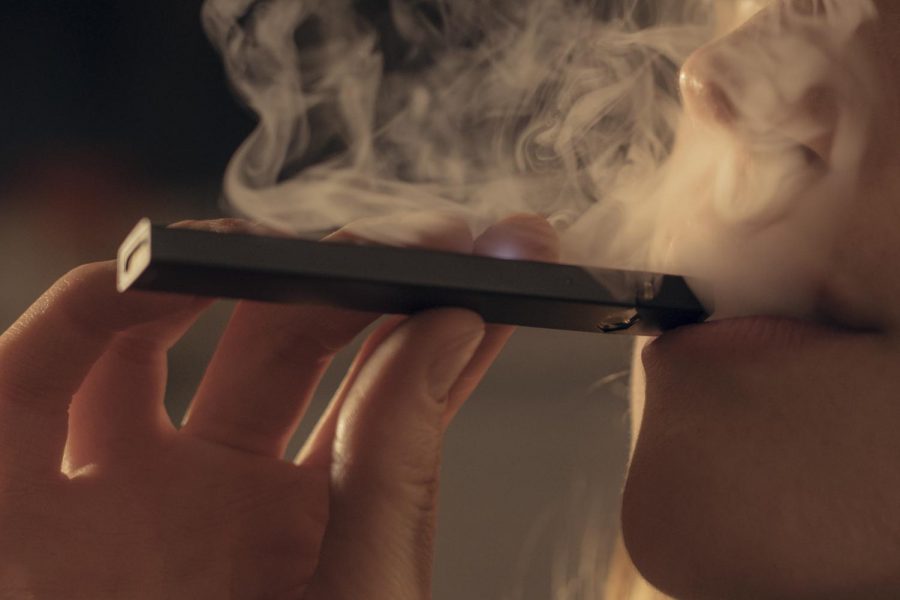 E-cigarettes, which have become increasingly more popular with the millennial generation, have been the cause of hundreds of hospitalizations and 34 deaths over recent months. There have also been over a thousand cases of acute respiratory distress syndrome attributed to vaping, or the use of e-cigarettes.

An e-cigarette is a battery powered cigarette that contains heated marijuana (THC) or nicotine liquid and has been marketed as a method to transition smokers off traditional cigarettes in order to help them quit smoking completely. However, the product that was reportedly designed to help people kick the smoking habit is turning out to be just as dangerous as the traditional cigarette in many regards.

And while the majority of the e-cigarette related illnesses and death stem from the use of the products containing THC, the nicotine versions are also proving very dangerous.

Additionally, JUUL, the largest and most popular of the e-cigarette manufacturers, has come under fire for marketing its product to teenagers, despite there being an age requirement of 21 for buying the product. In addition to advertising obviously intended to target teenagers, JUUL has offered fruit-flavored e-cigarettes such as the mango or blueberry flavored JUULs.

Juul Labs even went as far as to attempt to “educate” kids as to the benefits of e-cigarettes by sending representatives to schools with the message that JUULs are a safe alternative to traditional cigarettes. They even created a “Moving Beyond” program to reach students as young as those in middle school. Olympic Heights junior Marcelo Arredondo believes that “the reality is this: kids saw that JUULs were a ‘safer’ alternative to cigarettes, and more teens purchased the product thinking it was safer.”

OH junior Marlaina Tanner feels that the e-cigarette manufacturers such as JUUL are putting profit ahead of the well-being of the public, commenting, “They [don’t] feel guilty due to the amount of money they are receiving, and it’s not like they are the ones forcing kids to buy them. And they are still selling them, so they must not feel that guilty.”

The rising popularity of vaping with teens compounded with the growing number of e-cigarette related hospitalizations and deaths has resulted in many health organizations labeling the teen usage as an epidemic. The average age of the e-cigarette related death victim is 19 years old, and the numbers of e-cigarette illnesses among teens continues to rise at such a rapid rate that the Center for Disease Control and Prevention has taken to updating those statistics on a weekly basis. And one needn’t look no farther than right here in Palm Beach County to understand the epidemic’s seriousness.

The problem has become so serious with Palm Beach School District students that the school board recently agreed to explore the possibility of suing Juul Labs, claiming that the teen vaping epidemic is draining school resources because schools are responsible for dealing with any medical issues that occur on campus, as well as using teachers and administrators to monitor and discipline students, as well as educate them to the dangers of vaping.

According to OH assistant principal Mr. Frank D’Annunzio, the administration is constantly dealing with cases of students vaping on campus, usually in restrooms. The problem has become so bad at Jupiter High School that the school’s administration took the drastic measure of  instituting a policy forbidding students from using restrooms during class hours. In cases of emergencies, administrators are called to the classroom to escort students to the restroom.

D’Annunzio indicates that OH is not quite prepared to take that step yet, but a variety of options are being considered to cut down the number of vaping incidents on the OH campus, including the possibility of having “vape sensors” installed in the school’s restrooms.

As was the case last school year, OH will be holding educational presentations for both students and parents on the dangers of vaping. There is a student/parent presentation tentatively planned for January of 2020, according to D’Annunzio.

Currently. the consequences for vaping at OH depend on what products are being used. Vapes containing THC result in a 10-day out of school suspension and law enforcement will be involved. Vaping non-THC products results in a five-day suspension.

The number of high school students to use e-cigarettes rose from 10.5 percent in 2014 to 27.4 percent in 2018. As a result, many states have passed various laws designed to limit teen accessibility to legislation. New York was the first state to ban flavored e-cigarettes, and several others have since done the same. New York Governor Andrew Cuomo commented, “No one can say long-term use of vaping, where you’re inhaling steam and chemicals deep into your lungs, is healthy.”

In response to the scrutiny and criticism it has come under, Juul Labs claims it has stopped targeting teens with it marketing campaigns and is in fact attempting to dissuade teens from using their product. However, it may be a case of “too little too late,” as teen e-cigarette use has reached epidemic proportions and doesn’t appear to be slowing down.