Certified Hitmaker sets Lil Mosey up as just that 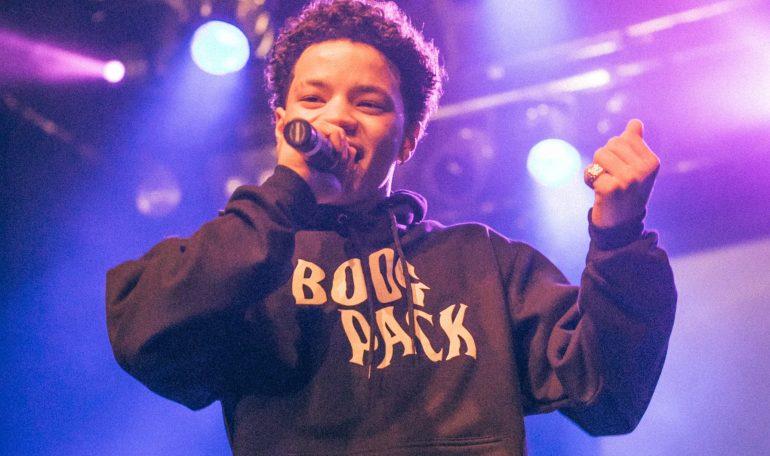 Prior to the official release of the project, three of the songs on the album were released: “G Walk” with Chris Brown, “Stuck In a Dream” featuring Gunna, and “Live This Wild.”

All three of those songs are very catchy and repeatable tracks, and, besides G Walk, their rankings on Apple Music’s top charts for hip-hop songs display their ability to please fans.

Gunna’s presence on the track propelled it to #31 on Apple Music’s top hip-hop songs. The song also allowed for a music video with body artists that has totaled 15 million views on YouTube up to this point.

“Live This Wild” is currently at #131 on the same chart. The song that was released three days before the drop of the album put fans into the Lil Mosey spirit. The song features Lil Mosey’s signature melodic and catchy tune. Mosey gave his fans another music video featuring different reptiles, such as snakes and alligators. It currently has half a million views on YouTube.

Chris Brown linked up with the teen rapper back in June to drop “G Walk.” Although the song isn’t high in the charts now, it was very popular during the summer closer to the drop. A feature from one of rap’s biggest artists is a big step for Lil Mosey to become a superstar in the genre.

Other charting songs were “Never Scared” featuring Trippie Redd and “So Fast.” Their respective rankings were #105 and #199. Trippie Redd’s verse was too short, and his feature was a bit over-hyped due to the length of it. However, in the 25 seconds he is included, Redd really makes a punch on the track. “So Fast” is a perfect song to be the intro of the album. With its fast pace, the song is very catchy and encourages fans to listen on.

Some other songs that didn’t quite have chart success but are still very good are “Space Coupe,” “Speed Racin [inc],” and “Bankroll” featuring AJ Tracey. “Space Coupe” was leaked before the drop of the album with a feature from Matt Ox. Fans were surprised that Ox wasn’t on the official song. However, fans can’t exactly complain when given an extra Mosey verse.

“Speed Racin [inc] ” was very hyped up as well because the rapper posted different videos to social media dancing to the track. He also performed the song at different music festivals.

AJ Tracey, a British rapper, added a unique sound and cadence to Mosey’s “Bankroll.” Seemingly enough, “Bankroll” was already leaked on SoundCloud to a third party uploader. Many fans had already heard Mosey’s part on the song, but Tracey was able to surprise fans and have a different but well-fitting verse on the album.

Lil Mosey shows his soft side on “Kari’s World” where he offers a tribute to fallen friend and rapper Kari Cash. As the last song of the album, the track is able to put a bow on the project, saying that although his life is filled with crazy things, including drugs and expensive products, people should always remember where they came from and be careful with what they amass.

With the release of Certified Hitmaker, Lil Mosey proves that the success from his first album wasn’t a fluke, and he is a current star of the genre. Fans can expect a 2020 album with many singles beforehand. If Mosey continues this success, the sky is the limit for this generational talent.