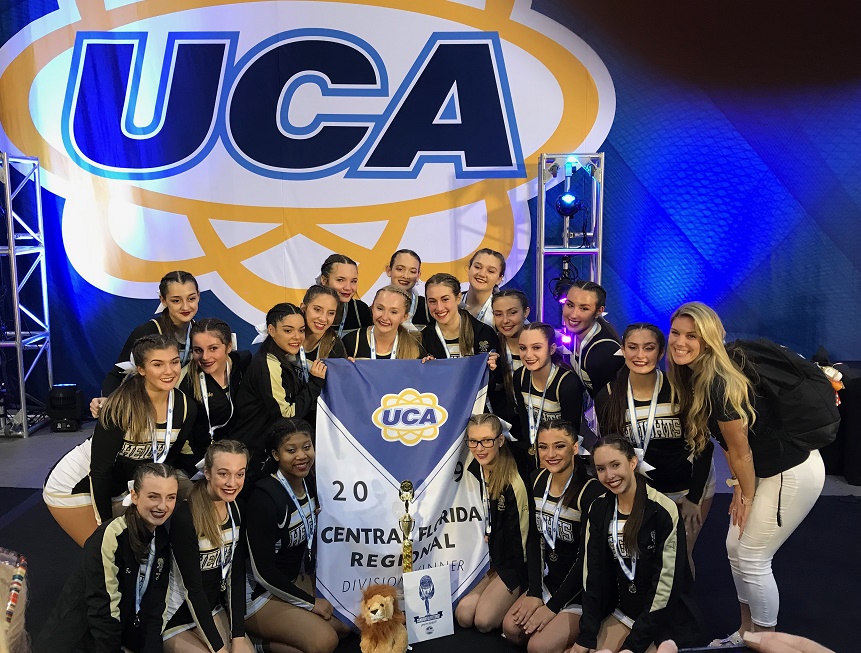 The Olympic Heights cheerleading team is all smiles after winning the UCA Regional Championship in Tampa.

The Olympic Heights varsity competitive cheer team won first place at the Universal Cheeleaders Association (UCA) regional championships held at Busch Gardens in Tampa this past weekend. The team will now be advancing to the national championship competition to be held at Walt Disney World in February.

Competitive/Sideline Cheer Head Coach Ms. Nikki Spears is very proud of her team and explains how “they have come such a long way” from the beginning of the school year. “It is a huge accomplishment for these girls and for Olympic Heights,” Spears adds.

Sophomore cheerleader Sofia Fabel expresses her gratitude and love for her cheer family, saying, “I am glad to be apart of such an amazing family, I’ve honestly never been apart of such a warm loving team before.” Fabel goes to exclaim how it’s an amazing feeling to “perform with them as a family.”

The team has worked hard since the beginning of the school year practicing and perfecting their moves for the big day, and it is safe to say that their hard work has paid off and they are continuing to work hard to see it continue to pay off at the UCA National Championships.