Florida’s unemployment compensation system working exactly as it was designed to: poorly 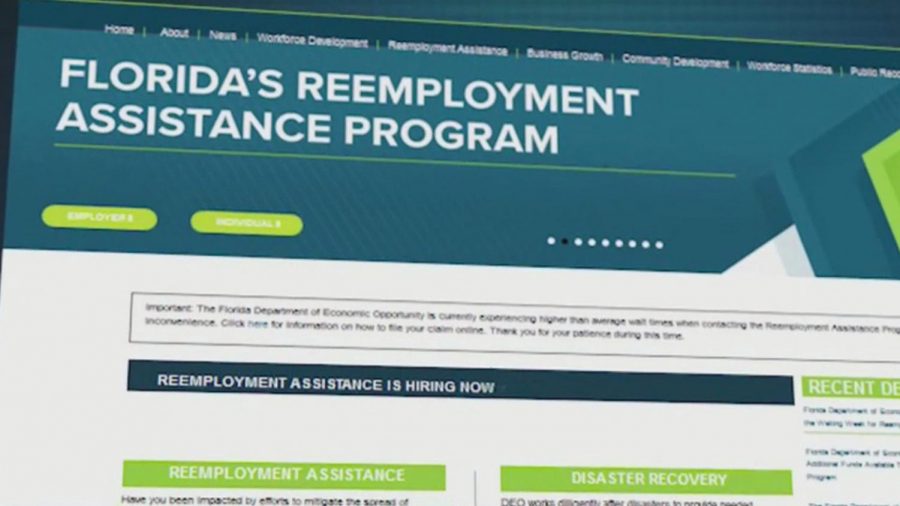 The coronavirus (COVID-19) pandemic has completely changed life as we know it. States across the U.S. have implemented social distancing measures and closed nonessential businesses in an effort to get people to stay at home and prevent the spread of the virus. This has had detrimental effects on the economy and people’s lives, as those who are not “essential” workers or able to work from home are now finding themselves without work. The result is millions of Americans fighting to claim unemployment benefits in order to make ends meet.

According to the Labor Department’s most recent data released on Thursday, 5.2 million Americans filed for unemployment benefits in the last week. That brings the total claims over the past month to a record-breaking 22 million, and Oxford Economics projects this number to reach 24 million in April. The actual number of job losses is likely even greater, since all those who have tried and failed to file claims are unaccounted for. While many will be able to resume working once the current COVID-19 measures have been lifted, the U.S. economy is predicted to not reach pre-coronavirus levels of employment until 2022.

Most people have not been fired or laid off; rather, they have been furloughed. CNBC clarifies that a furlough typically means “a mandatory, temporary unpaid leave of absence,” often used by companies during recessions “as an alternative to lay-offs.” Workers will theoretically be able to return to their jobs when the furloughs end, although “many retailers like Macy’s will never return to their level of employment, because of Amazon’s dominance.”

Here in Florida, the flood of unemployment requests has utterly overwhelmed the system. Many people have had frustrating experiences with the state’s unemployment compensation website and have found themselves unable to request their payments or even apply in the first place. The Torch spoke with employees from West Boca Raton KinderCare preschool, located just down the street from Olympic Heights, to gain insight on what these past few weeks have been like. On March 20th, the preschool closed down and teachers were furloughed. Ms. Anna and Ms. Katrin were among the first of the preschool’s teachers to apply for unemployment, but even in those early days the process took several hours.

Those who tried to apply just days later were less lucky, as the volume of applicants in Florida had grown immensely by that time. It took Ms. Pam, a seventy year-old longtime KinderCare employee, over a week to successfully apply. Pam says, “The Florida unemployment system is horrible. The website crashes most of the time. You can’t get anyone on the phone, and they don’t reply to emails.” The Sarasota Herald-Tribune backs up these claims, reporting that “Florida’s Department of Economic Opportunity’s CONNECT unemployment site has been answering only two percent of the thousands of calls it’s received, with wait times averaging more than six hours.”

People resorted to desperate measures to access the website, even setting alarms to get up at odd hours of the night in hopes of it being less busy. Stories have been published detailing an obnoxious loop that continuously takes one back to the sign-in page and prevents further access. Those who have been able to successfully apply then have to wait weeks for their claim status to “process” and become eligible to request their payment. These payments are capped at $275 a week and are among the lowest in the nation.

Ms. Katrin was the first out of her coworkers to finally receive a $275 payment, four weeks after she applied. She was on the website at 7:30 A.M. last Monday to make her request, but it still took her well over an hour because the website kept kicking her out. Once Ms. Anna became eligible to make her request, she spent half the day trying to get through. It was hard not to lose her nerves as she became so frustrated that she nearly felt like “throwing [her] computer out the window.”

Most of their KinderCare coworkers have still not been paid. Latinka Zaklan, who works as a dental assistant and is the mother of an OH senior, also shares that it has been three weeks since she applied for unemployment and she has yet to receive any payment.

Florida’s unemployment system is certainly not equipped to deal with a crisis such as this as it was seemingly designed to fail. The influx of applicants has only exposed CONNECT’s flaws that have been cited for years by state auditors. Jacksonville news station News4Jax reported that in March 2019, “Auditor General Sherill Norman pointed out 630 outstanding defect tickets related to technical system errors and other system defects.” Inspectors had already noted the same issues in 2017, and the system has had problems since its inception in 2013.

In fact, Politico asserts that then-governor Rick Scott purposefully had the state’s unemployment compensation website designed to “lower the state’s reported number of jobless claims after the great recession.” The new online system made it harder for people to get benefits, and the ultimate goal was to lower unemployment taxes paid by Florida businesses.

Florida Senator Jose Javier Rodriguez calls Rick Scott “the most culpable human being” for the failing system that has made “Florida the most Scrooge-like state in the nation.” Even Republican Party of Florida chairman Joe Gruters speaking of the system’s inadequate funding, “Someone should go to jail over that.”

To be fair, Florida is currently making an effort to adapt its system. The Department of Economic Opportunity (DEO) has launched a new, mobile-friendly website to streamline online applications, and paper applications that can be mailed in to Tallahassee have recently rolled out as well. Governor Ron DeSantis has since waived many of the usual unemployment requirements, such as uploading a resume, actively searching for work by contacting potential employers, and having to log into Reemployment Assistance every two weeks to request your benefits. DeSantis has also hired 500 additional workers to take calls, added 72 servers to the online application system, and identified over 2,000 state workers to help the DEO.

Unfortunately, these changes are a late reaction and are proving to be insufficient for many Floridians. Ms. Anna states, “The system still does not work as it should. After a month, you cannot see even the slightest improvement, which is very disappointing.” She also describes the difficulties that unemployment has placed on her family, expressing, “Due to the delay in unemployment payments, at the moment we have to use our reserve funds… but I do not think that it will be enough.”

Her fellow KinderCare employee Ms. Angela emphasizes, “I have no financial income, so I can’t pay my rent to the landlord and I can’t buy food. I don’t know what’s going to happen in the future, whether I’m going to have a job or not, and that worries me a lot too.” Even Zaklan, who is “not concerned” about her job because she knows it’s “just a matter of time” until she can return to the dentist’s office, admits that “money is challenging” at the moment.

Then there is the matter of those who do not qualify for state benefits, including the self-employed, nonprofit workers, contractors, and gig economy workers such as Uber drivers. They are all depending on federal benefits from the CARES Act, which is supposed to provide $600 a week for all unemployed individuals until July 31. However, very few have yet to receive their federal payout, as the federal benefits are also filed through Florida’s barely functional unemployment system. Only about 23,000 Floridians have received a $600 check so far, writes Politico.

Another aspect to consider is those who are still employed but are earning significantly less due to reduced shifts. An OH senior who lives on her own and used to work full time at a restaurant to support herself shares her dilemma. “We’re still open, so we don’t get unemployment benefits or anything. I still work, but my hours were cut immensely. My checks went from $380 a week to $70, which has been really hard. I’m glad I had a good amount of money saved,” she explains. “I have to pay my car insurance, groceries, and other bills…I try not to think about it because it really stresses me out a lot.”

Understandably, many Americans are fed up with the current situation and are eager to return to normalcy. The past week saw protests erupt in several state capitals as people gathered to demand a reopening of the economy. President Trump appeared to add fuel to the fire on Friday by tweeting that the Democratic governors of Michigan, Minnesota, and Virginia should “LIBERATE” their states. This is of course entirely counterproductive and could undo everything that a month of social distancing has been aiming to accomplish. Despite all the difficulties that come with stay-at-home orders, we must keep in mind that this is the best way to curb the spread and devastation of COVID-19. Hopefully states will continue improving their unemployment programs so people can receive their much-needed payments as they wait out this storm.