Too young to vote? You can still have your voice heard 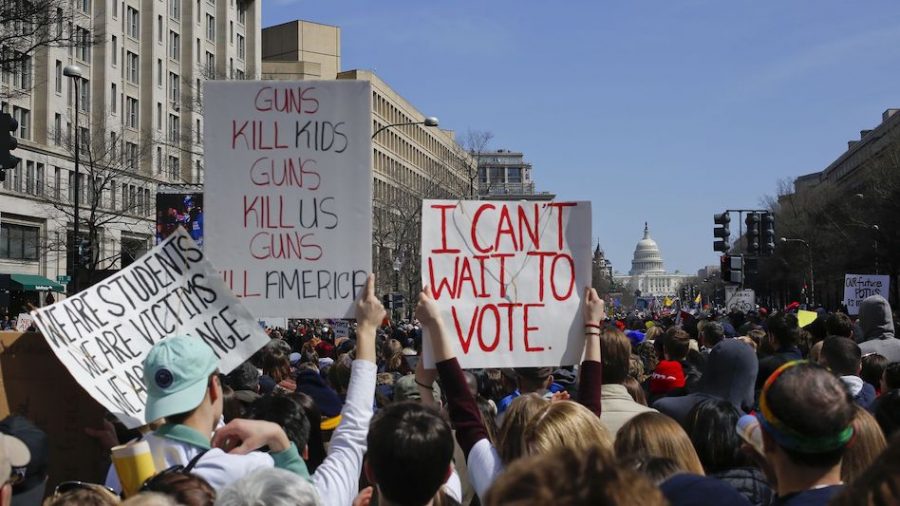 Even those too young to vote have other ways of having their voices heard.

With Election Day coming up on Nov. 3, many students have been politically active while others have chosen to not share their political opinion. While some students are eligible to vote, the many others who are too young to vote, can still have some influence on the election.

“Even if you’re only sixteen, if you [are politically educated] you can talk to older people that are on the fence about [who to vote for] and provide background information on the candidates,” advises Olympic Heights social studies teacher Ms. Bethany Breadstill.

Breadstill said that the kids who would actually influence the election are the young Democrats and young Republicans who are already knowledgeable about politics. While talking to family about politics has been common in previous generations, social media has shaken things up.

“I’ve been posting links on where to register to vote or information like ‘Monday is the last day to vote’ stuff like that,” OH senior Yael Hamaoui said.  “I also post newspaper articles because I personally am very politically active, and at the very least I want other people to be aware of what’s going on in the world.”

Still, most students remain uninvolved in the political process. “Honestly I have done nothing to influence the election,” OH junior Aiden Ginsberg said. “I don’t plan to post anything political on my social media.”

Ginsberg said that students who can but decide not to should change their decision, because it really affects our country. Every four years, students should use this chance to vote.

“If you don’t vote and you don’t influence it, then you can’t complain [about] who becomes president,” OH sophomore Kathleen Flory said.

Hamaoui agrees, saying, “If you don’t vote, whatever the outcome is, you’re not allowed to complain about it, “ Hamaoui said.

According to The White House website, one of the most important rights of American citizens is the right to vote. Citizens over the age of 18 cannot be denied the right to vote, regardless of race, religion, sex, disability, or sexual orientation.

Breadstill also advises that people should try to find out information about all the candidates, not just the one a person he or she is inclined to support, because it’s important to align oneself with the candidate that meets one’s ideals.

And for those who might argue that their voice is too small to make a difference, when those singular votes are counted with the millions of other votes in the country, they add up, says National Geographic Society.