Covid-sniffing dogs to the rescue? 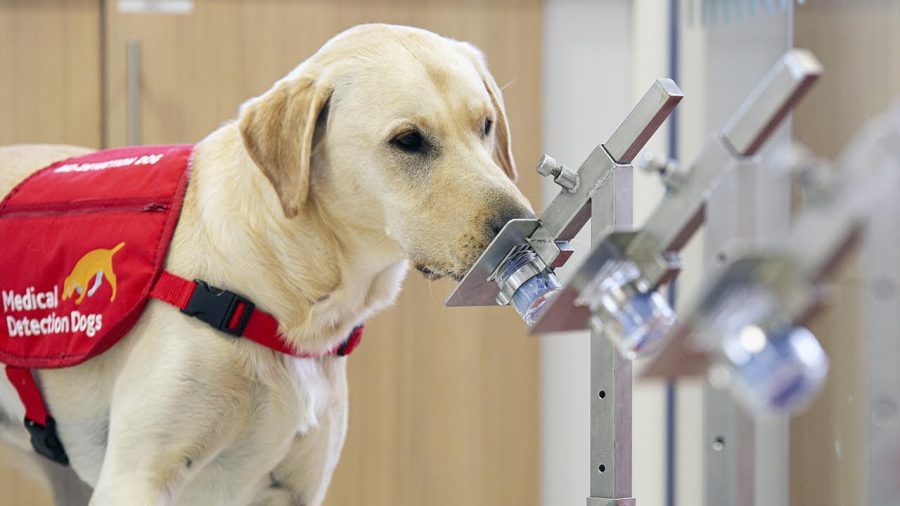 A potential Covid-detecting dog goes through a trial run. It may not be long before such dogs are utilized at airports and other heavily-trafficked sites.

Dogs are some of the earth’s most amazing creatures for many reasons, but perhaps most remarkably, their sense of smell is over 10,000 times stronger than a humans. Over the years we have found that they are great at detecting diseases, bombs, drugs, and many other things. So why not Covid-sniffing dogs?

The concept is now being tested with the idea that Covid-detecting dogs could be used in major international and national transportation hubs such as airports and train stations, possibly replacing some Nasal PCR tests if the results from the studies turn out well. Sniffer dog trials have been undertaken in the U.S., UAE, Finland, France, Russia, and Chile. The research is not yet widely published; however, researchers have high hopes for the future of these lifesaving creatures and their powerful noses.

In Helsinki, Finland, researchers have been using three dogs to sniff samples taken from passengers. They have found that there are very little differences in results between the PCR tests and the sniff test. The test is done by wiping a tissue across the participants’ skin. The sample is then placed in front of the dog. If it is negative, the dog will pass right over it. However, if it is positive, the dog will stop and alert. A single dog can sniff over 100 samples a day. The researchers expect the main research to be completed by next year. Helsinki Airport’s research is currently the most advanced.

These Covid-detecting dogs are also being trained by the University of Pennsylvania, and are backed by the United States Army. Cynthia Otto, the director of the Penn Vet Working Dog Center stated, “The dogs were about 68 percent accurate in finding the odor at first pass on the wheel, but 96 percent accurate if they got another pass at the material. They had only a one percent false-alert rate, corresponding to only two instances of falsely identifying the neutral control substances.” The wheel being spoken of is a wheel containing samples from both negative and positive volunteers. So far, the dogs have been tested on their ability to smell Covid-19 in bodily fluids. However, the researchers have now progressed into testing the dogs’ ability to sniff test it off peoples clothing.

If these experiments continue to be successful, these dogs may be implemented in many places sooner that expected. They could be used to test kids before they enter school or amusement parks. These amazing dogs will certainly help guard against and prevent the spread of  Covid-19.

Using the dogs instead of other forms of testing has endless potential. They are less expensive and return results much faster than the current standard tests.  And honestly, much more comfortable. If the research continues to turn out successful, this may be the revelation we need to help change how the pandemic is currently ruling the world.