Is Claudia Conway playing us on social media, or are her postings a desperate cry for help? 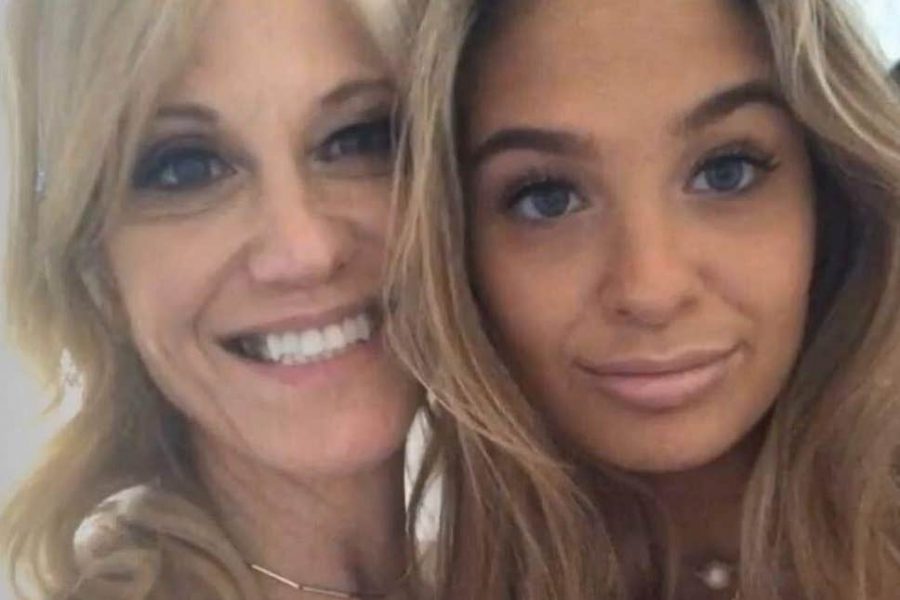 Claudia Conway (right) has alleged on social media that her mother and former counselor to President Donald Trump Kellyanne Conway (left) has verbally abused her.

Claudia Conway, daughter of former counselor to President Donald Trump Kellyanne Conway, received a great deal of both criticism and praise since she joined TikTok, resulting in raising awareness around the 2020 presidential election. To the surprise of many, however, she often posted her disapproval not only of Donald Trump and her mother’s association with him, but also of her father, attorney and vocal Trump critic George Conway, and his attempts to silence her social media presence.

Claudia posted numerous TikToks that were met with surprise and praise for her inside, if not always factual, information. When Trump tweeted that he was feeling great just three days after the announcement he had contracted Covid-19, Claudia contradicted his claims by posting that Trump was “doing badly,” while also sharing that her mother had contracted the virus as well.

It was the videos made addressing the Conway family’s own status with Covid-19 that sparked much outrage and confusion. After a TikTok made wherein Conway seemed in clear distress while discussing how she tested positive for the virus and was lied to by her mother concerning her mother’s test results, another video was posted. In that video, Claudia said, “My mother claims that she did not lie to me. She had three tests done. First, negative. Second two, positive. We were not in communication. I misinterpreted it.”

While she wrote  it off as a matter of miscommunication, people doubted her sincerity in the video after hearing her mother’s anger in the video’s background as she yelled using colorful language about how Claudia has caused so much disruption in the family. That led to speculation that Claudia was being truthful about her mother’s lies, and that she was being forced to post the video for the sake of her mother’s reputation.

Despite all the family drama being made public, some have applauded Claudia’s unabashed social media postings for enlightening the usually politically apathetic youth of America. She has been praised by Gen-Z TikTok users, as well as celebrities. Actor Judd Apatow has called young Conway, “a bright light of truth.”

Recently, Claudia has gone private on TikTok. While she does still have 1.5 million followers as a private account, others are concerned about her current status in the Conway household. She has revealed her fear and sadness on social media. On one live stream, she said, “My dad doesn’t care about me; he’s never cared about me. He probably doesn’t even know my middle name.”

Clearly, Claudia is dealing with personal struggles within her family that she doesn’t mind making public. She alleged on Live, “My father physically abused me growing up – a lot.” Claudia has also alleged that her mother verbally abuses her.

So, what started out as social media soap opera-type drama, grew into something considerably more serious. Claudia went from revealing exposing White House secrets to what is either a serious call for help.  What people are left wondering is whether she needs help in the form of protection from abusive parents or mental help as a young lady seeking public attention by making spurious claims of child abuse against her celebrity parents.

Regardless of what people choose to believe, events such as the ones she has recorded and spoken of lead to long term emotional trauma and other lifelong issues. And even if Claudia is just playing us all, it is important to remember that her existence is not simply for the sake of our entertainment.