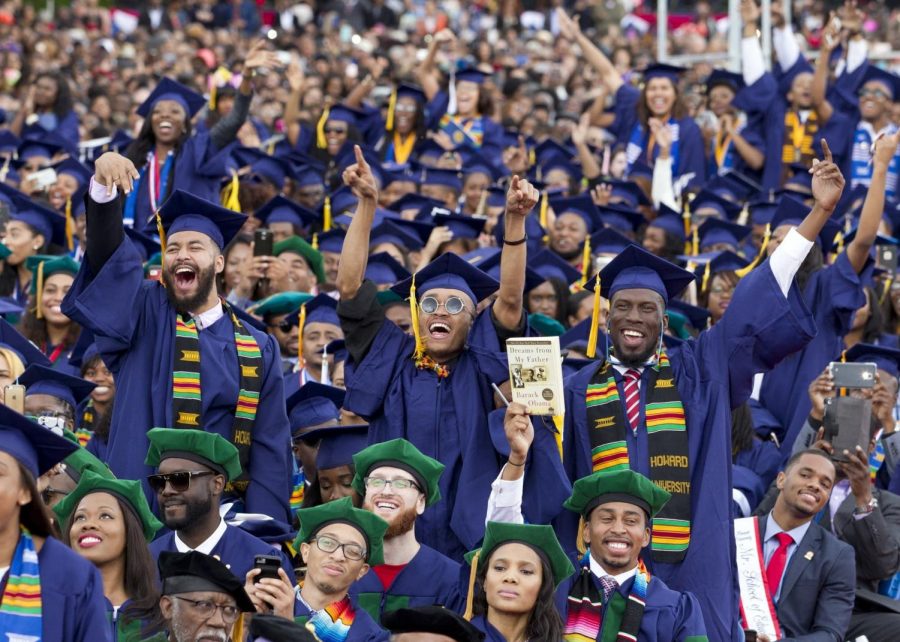 Historically Black Colleges and Universities, more commonly known as HBCUs, have been a part of African-American history since the mid-1800s. As integral as HBCUs have been for African-Americans, they are not given the respect or esteem of Predominantly White Institutions (PWI).

Students that are interested in attending HBCUs often have to do much of their own research to even become aware of the differences between the various HBCUs. When college representatives visit high schools to sell their institutions to students, schools such as New York University are more likely to be scheduled than are schools such as Howard University.

Olympic Heights senior Mycah Wells believes that “Schools should ask black students what they would like to see. The bare minimum is always done and expected to be appreciated when we need more aid than that.”

In November 2020 alone, over thirty scholarships have opened specifically for African-American students, yet the OH student body has not been made aware of these scholarships through the school announcements. Wells passionately suggests that OH and other high schools should “encourage a black student council of some sort because [HBCUs] hold the same standards as any PWI, and they have fantastic support for their students – more than PWIs could provide.”

African-American students make up 10.3 percent of the Olympic Heights, considerably lower than the 27.7 percent for all of Palm Beach County District Schools. Nevertheless, those students deserve to be kept better informed as to the opportunities available to them as people of color. Senior Chelsea Matthews suggests that “this school needs to do more research on HBCUs so that they can offer their black students all the resources necessary for them to apply to an HBCU.”

The lack of attention that is given to HBCUs also stems from a negative connotation associated with those schools. If the HBCU isn’t Spelman College or Morehouse College, it is generally looked down upon. Senior Tiffanie Nicolas has had experiences where HBCUs “were spoken of as ghetto and unsuccessful.”

The most pressing issue for these HBCUs and the reason they are not viewed as more prestigious is money. Fortunately, the disparity between PWIs and HBCUs funding is now being addressed. In December of 2019, legislation passed to restore more than $250 million a year to the nation’s historically black colleges and universities. In addition to the expected boost from the bill, HBCUs are receiving compensation money from the coronavirus pandemic. Perhaps the increased funding can help to improve the status of HBCUs in the eyes of predominantly white high schools.

As black students prepare to take their next steps in furthering their education, they want to go to schools that foster a community that will uplift and support them. Sadly, predominantly white high schools are not engaging with their black students to provide them with information to connect them with this community. “Personally, I don’t think that the school has given me enough support or resources for applying to an HBCU,” Matthews said.