January gets 2021 off to a great start for anime fans 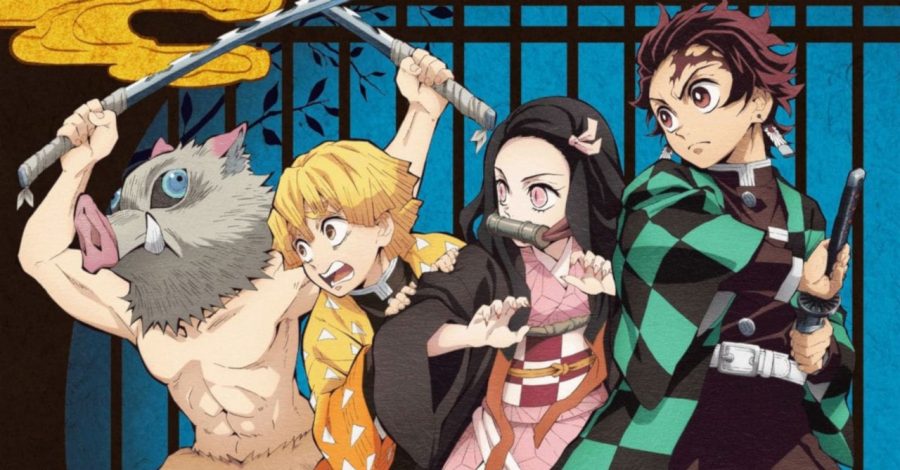 Demon Slayer Season 1 will be coming to Netflix on January 22, and hopefully the other seasons will follow.

One of the most exciting parts about watching anime is that there are so many shows to watch and new shows just keep coming out! New animes and new seasons come out every month, and sometimes it is hard to keep up with it all. To kick off 2021, January was a great month for anime fans:

Wednesday, January 6: The release of Season 2 Part 2 of Re: ZERO titled “Starting Life in Another World” was made available to watch on Crunchyroll for premium users. Also, for the first time, Black Clover was trending on Twitter due to the release of the Dark Triad Arc. Beastars’ second season was released in Japan on January 6, but Netflix viewers will have to wait for July for the U.S. release.

Thursday, January 7: Season 2 of The Promised Neverland began streaming on Hulu and for free on Funimation on the Jan. 13.

Saturday, January 9: The Rising of Shield Hero Season 2 began streaming on Crunchyroll and Funimation. Also, Cells At Work! Season 2 and its spin-off were rolled out this date.

Tuesday, January 12: The Time I Was Reincarnated As A Slime Part 2 became available to watch on Crunchyroll.

Wednesday, January 13: Seven Deadly Sins: Dragon’s Judgement, the fifth season of the show, was released in sub on Funimation and Crunchyroll. The Netflix release of the dub version has not been announced yet. Additionally the third season of, Log Horizon: Destruction of the Round Table premiered on this date.

Friday, January 22: Demon Slayer Season 1 will be coming to Netflix, and hopefully the other seasons will follow it.

Additionally, some manga that have been announced to get animated adaptations in the future include: Records of Ragnarock, Slam Dunk, Orient, Kawaii Dake Ja Nai Shikimori-san, and a very long list of other anime.

There’s also some big news for the rest of the year in terms of anime:

March 27, 2021: My Hero Academia Season 5 will be released, a highly anticipated season.

Unannounced: Bleach: 1000 Year Blood War, the 17th season of the show, will be released sometime during 2021.