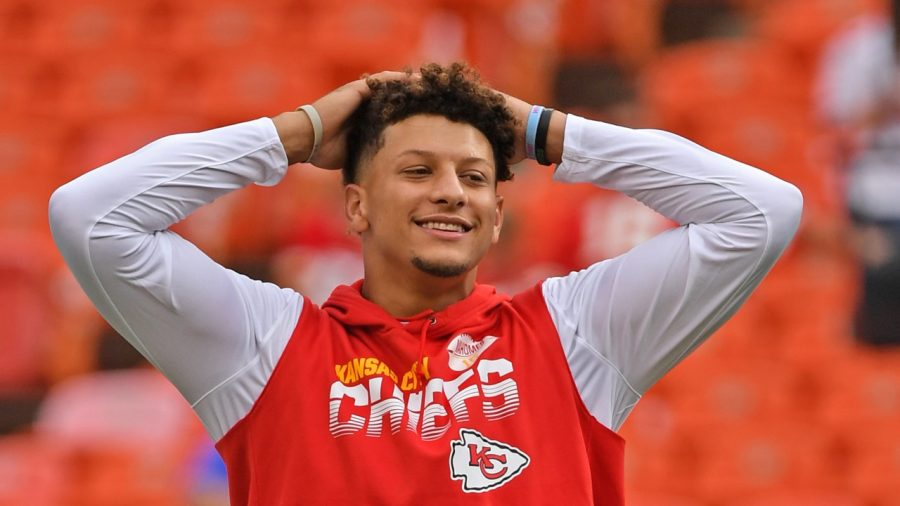 It felt like just yesterday we were getting ready to watch the Chiefs battle the Texans on opening night back in September. We still remember the feeling of pent up excitement as we heard the voices of Al Michaels and Chris Collinsworth for the first time in what felt like the longest offseason in NFL history. The feeling of joy that washed over fans that night was unlike any other. Now, the NFL world is looking forward to just two weeks from now when we’ll be watching “The Big Game.” It’s quite sad to think about. But first, we need to decide who will be representing each conference in Tampa Bay on February 7. Last week was a rough one for The Torch. We went 1-3 out of the four games bringing our total record to 5-5. Hopefully, we can rebound today with the two electrifying matchups we have coming up:

NFC Championship – #5 Tampa Bay Buccaneers vs #1 Green Bay Packers – Sunday 1/24/21 – 3:05 PM ET – FOX:  Wow! Last week, The Torch picked both these teams to lose to their respective opponents, and now here they are facing each other for a chance at a Super Bowl berth. Aaron Rodgers and company gave the Rams #1 scoring defense a beating, and Aaron Jones ran wild. The play calling by Packers head coach Matt LaFleur couldn’t have been better, but the play calling by Rams head coach Sean McVay certainly could have been.

The Torch was disappointed by McVay for not just the subpar play calling in the game, but also for the fact that he told the media that star defensive tackle Aaron Donald wouldn’t be playing on a snap count, and yet, his snaps were limited anyway. LaFleur’s game plan was simple from there on out: when Aaron Donald is not on the field, hand it off. And it worked like a charm.

Considering that before the game, a rumor started to spread that Drew Brees would retire after this season, it was tough to see a legend potentially go out like that, but alas, it’s another battle of two old QBs – Tom Brady vs Aaron Rodgers- – in the NFC Championship game. Despite the 38-10 beating the Buccaneers gave the Packers back in week 6, they’re coming into this game as underdogs. Some things to keep in mind are as follows:

1) It’s unrealistic to expect Aaron Rodgers to go 16/35 with 0 TDs and 2 INTs again as he did in the week 6 matchup against the Bucs. Last week, the man threw for 296 yards and two touchdowns against the league’s best defense.

2) The Packers’ run defense has not noticeably improved since October. The first time these two teams battled, Bucs RB Ronald Jones ran for 113 yards and two touchdowns on 23 carries. Since Packers’ star cornerback  Jaire Alexander held Bucs wide receiver Mike Evans to just one catch for 10 yards the first time, it’ll be crucial for Bucs head coach Bruce Arians to make his money with the ground attack once again in this game.

3) With a 60 percent chance of snow in Green Bay, the weather could be a factor. Both Rodgers and Brady have proven their mettle in adverse conditions before, but it will be interesting to see how the elements affect the performances of not only the quarterbacks but also the other skill position players.

Taking all this into consideration, the Green Bay Packers looked like the best team in the NFC last week and really for the whole second half of the season. The Torch believes they’ll prove it in this game, and Aaron Rodgers will make his second Super Bowl appearance by beating Brady’s Buccaneers.

AFC Championship – #2 Buffalo Bills vs #1 Kansas City Chiefs – Sunday 1/24/21 – 6:40 PM ET – CBS:  The second of the two week 6 rematches this afternoon includes the Bills and Chiefs. Bills mafia is so excited they are literally jumping through tables. No, seriously, they do that. Chiefs fans on the other hand have been holding their breath all week, until finally, on Friday, quarterback Patrick Mahomes announced that he had cleared the concussion protocol and was good to go for Sunday Afternoon.

Mahomes’ back-up Chad Henne was able to finish out the game against the Cleveland Browns, though it was a lot closer than it would’ve been had Mahomes not left the game. The Chiefs defense may be making Chiefs fans sweat a little more than they should be in an AFC Championship game, especially going against a Bills squad who’s offense was second only to theirs. However, that Bills offense did not look particularly spectacular last Saturday night against the Baltimore Ravens, but neither did the Ravens’ offense, so it was enough to get the job done and move on to Kansas City.

Back in week 6, the Chiefs got the better of the Bills by a score of 26-17, but that game was in Buffalo and both teams have only gotten better since. This time, they’ll face off in Kansas City, a much tougher challenge. The first thing the Bills need to improve on this time around is stopping the run. When they played in week 6, Chiefs rookie running back Clyde Edwards-Helaire put up 161 rushing yards on 26 carries, averaging over six yards per carry. The Bills’ chances of stopping Patrick Mahomes and the air attack are slim, so stopping the run is crucial.

The Bills’ run defense last week played better than The Torch was anticipating, holding the running back tandem of both Gus Edwards and J.K. Dobbins to just 42 rushing yards apiece and quarterback Lamar Jackson to just 34. The numbers aren’t as spectacular as the Ravens’ when they held Tennessee running back Derrick Henry to 42 yards on Wild Card weekend, but it was respectable from a run defense that hasn’t been great all season.

Another key for the Bills will actually be the chemistry between Josh Allen and his receivers. We know that Allen and Stefon Diggs stick together like glue, but the Chiefs held Diggs to just 46 yards receiving in week 6. That will have to improve in this game, as getting Diggs going is arguably the most important part of their offense.

It isn’t just Diggs though, Allen needs to throw more than 122 yards in order to at least keep this game close, and it would also help if he flashed his rushing ability as well. With RB Zack Moss still out, Josh Allen, who finished third in quarterback rushing touchdowns this season, needs to be able to get his wheels in motion to give his squad a chance.

The Chiefs have been the team to beat in the AFC since Patrick Mahomes first stepped foot on the field, and this season, if any team could beat them in the playoffs, it’s the Buffalo Bills. However, when all is said and done, The Torch predicts the Chiefs will emerge triumphant, clinching back-to-back Super Bowl appearances.

Back on Wild Card Weekend, The Torch called a Super Bowl I rematch between the Chiefs and the Packers, and we are sticking to it. However, with these four teams left, truly anything can happen and these last three games are going to end the NFL’s 2020 season on a fantastic note.

All four remaining teams have a lot on the line. Can the Chiefs be the first team to repeat as Super Bowl champions since the 2003-2004 New England Patriots? Can Josh Allen lead his Bills to their first Super Bowl win in franchise history? Can Tom Brady prove he can win it without Bill Belichick? Can Aaron Rodgers cap off his MVP-caliber season with a Super Bowl ring? The Torch can’t wait to find out.