OPINION: Former Grammy winner The Weeknd’s boycott of this year’s and future Grammys raises quite a few questions 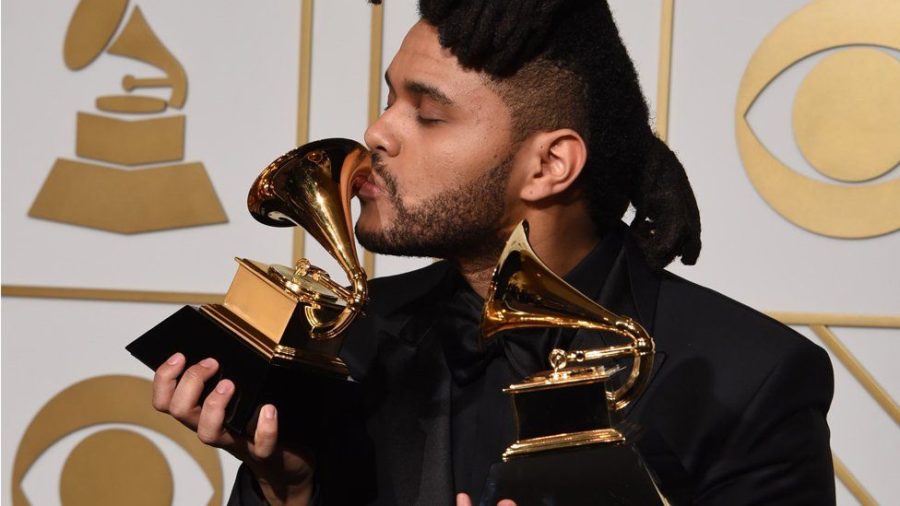 The Weeknd had a much deeper appreciation for the Grammy Awards in 2016 than he does today.

Popular recording artist The Weeknd threw some cold water in the face of the Recording Academy just days before the March 14 2021 Grammy Awards presentation when in a statement to The New York Times, he announced that he would boycott the awards going forward. “Because of the secret committees,” the Weeknd said, “I will no longer allow my label to submit my music to the Grammys.”

The Weeknd’s statement came after he received zero Grammy nominations for his critically acclaimed and chart topping 2020 album After Hours and just as many nominations for the chart-busting single from that album “Blinding Lights.”

One could easily question why The Weeknd hasn’t returned his previously won three Grammy Awards since their nominations came under the same process that he is now calling into question. All he has said on that matter is that those three awards “mean nothing to me now, obviously.” He added that he feels that the lack of any nominations this time around is “an attack.”

Whether or not The Weeknd has a valid point or is just playing the disgruntled diva role is left to personal interpretation, but it does not negate the fact that the Grammys have had a long history of questionable nominations and wins, and how the Recording Academy goes about the nomination process featuring committees of anonymous experts has long rankled artists and fans.

With each passing Grammy Award ceremony comes victories, acknowledgement of accomplishments, performances, and of course speculations over the validity and truthfulness of the show. These claims are controversial, but happen to be backed by celebrities, viewers, and the ex-CEO herself.

Former Recording Academy CEO Deborah Dugan started out the new year with a suspension from her role in the company and show after reporting corruption within this important part of the music industry, although the Recording Academy claims Dugan was eventually relieved of her duties over bullying allegations. Nevertheless, Dugan has explained that the process to select a Grammy winner is much more closed off and riddled with “conflicts of interest.”

Although based solely on opinion, there are numerous times where the vast majority can agree that a winner was not worthy of their award. Regardless, the following examples of such are opinions.

In 1984, The Police’s “Every Breath You Take” triumphed over Michael Jackson’s “Beat It” and “Billie Jean.” This is a loss that is still brought up to this day by those questioning the process behind the Grammys. There is the possibility, however, that the two Jackson songs split the vote of Jackson backers allowing The Police’s Sting to take home the award.

Additionally, Irish rock band U2 rightfully deserves their place in the hearts and minds of music lovers, but every artist has their peak time in the industry. U2 reached the heights of their popularity in the 80s, having hit the music scene in the mid-70s. This made it a rather interesting triumph for them in 2006 when their album How to Dismantle an Atomic Bomb won Album of the Year over one of Kanye West’s most popular and critically acclaimed albums Late Registration.

In 2011, a lesser known artist of today won for Best New Artist, Esperanza Spalding. While talent should be recognized and appreciated, Spalding beat out Drake and Justin Bieber in this category. Drake and Justin Bieber are known for their popularity during that decade, especially for emerging that year. Bieber emerged as a pop star who gained popularity with teenage girls, and Drake was a singer and rapper who was formally known for his part on the show Degrassi prior to his music career.

While less disputed and mentioned, the near one-hit wonder band Fun. won in 2013 for Best New Artist over Frank Ocean. While Frank Ocean is more versatile with his music, many argue that Fun deserved the win due to hits such as “Some Nights” and “We are Young,” which still instill a deep nostalgia within listeners. They are songs of the time, and Frank Ocean had timeless songs.

While the list is extensive and continues to go on for questionable Grammy winners, it is up to the viewers or any possible whistleblowers of the company to determine the worthiness.