Teens getting in on the growing sneaker resale business 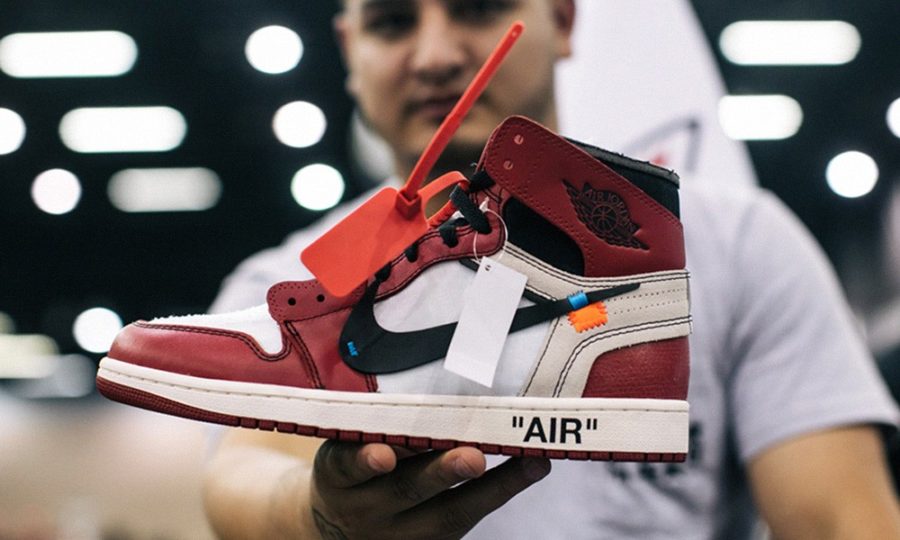 The sneaker resale market is booming, and many teens are getting in on the action.

With the summer making its way around the corner, many students begin to look for potential summer jobs or opportunities to make some spending money. While traditional jobs such as babysitting or dog walking might be a few safe routes, students often overlook their opportunity in what might be one of the biggest growing markets, and one they can easily get involved in: the sneaker resale market.

The sneaker resale market, which was once a space for sneakerheads only, is now easier than ever to get into. “Buy low and sell high,” a phrase common to those who dabble in the stock market, applies in the same exact manner to the sneaker market. A variety of sneakers from the most powerful brands, such as Nike or Adidas, have very limited releases with a short supply of pairs being available to the public, causing their prices to skyrocket after resellers get their hands on them. One recent example of this is the freshly released Jordan 4 Taupe Haze, which had an initial retail price of $200 but due to it selling out in stores and its limited release has seen its price go up to as much as $500, netting a $300 profit for the reseller.

“What can I do to become one of those resellers?” one might ask. It is a process. First, first the reseller  needs to be able to figure out when those distinctive, high valued sneaker drops will occur, and where the shoes can be obtained. Resellers are always aware of the most hyped sneaker drops and are usually able to secure their pair through mailing lists, websites, apps, or waiting in line at selected stores. If able to get a hand on these rare sneakers, resellers have the option of keeping for their own use, reselling right away for profit, or holding onto it, so when only a few un-worn pairs exist, they can resell for even more money.

If the choice is to resell the brand new sneaker right away, a good place to start is StockX, the fast growing sneaker reselling, self proclaimed “stock market.” Sellers on StockX will have to pay a seller’s fee to the website, but it makes the job much easier. On StockX the seller can view what the sneaker they are looking to pedal has been selling for, set a ask price for the sneaker, or sell it to the highest bidder. Once sold, StockX sends the seller a confirmation email, who then ships the sneaker directly to StockX, and they take care of the rest.

Founded in 2015, StockX has quickly grown to be one of the biggest sneaker reselling websites, valued at over $2.8 billion. “StockX was the right place for me to start reselling sneakers, as it helped me view the exact worth of what I had,” stated sneaker reseller and Olympic Heights’ sophomore Adrian Thomas. “I had bought a pair of Jordans, and after seeing its price had gone up in the recent weeks, I resold it for much more than what I had bought it.”

A major factor on the prices of sneakers is how much hype there is around them and what trends are at the top as sellers look to sell thier sneakers. For example, following the ESPN documentary on the Michael Jordan era Chicago Bulls The Last Dance,, most Jordan sneakers went up in value. Another trend setter to look for is what celebrities have been wearing, such as when Houston rapper Travis Scott posted an image on Instagram wearing Nike SB Dunks, elevating the prices and the hype around those sneakers.

With the growing hype around the sneaker resale market, analysts expect the market to jump from its $2 billion valuation to $30 Billion by 2030, with even more people getting in on the game. Sneaker reselling is becoming the new normal, and as many retail stores look to join the business as well, you can only imagine the overall prices for sneakers will be escalating, and it will continue to increase the rarity of limited releases.