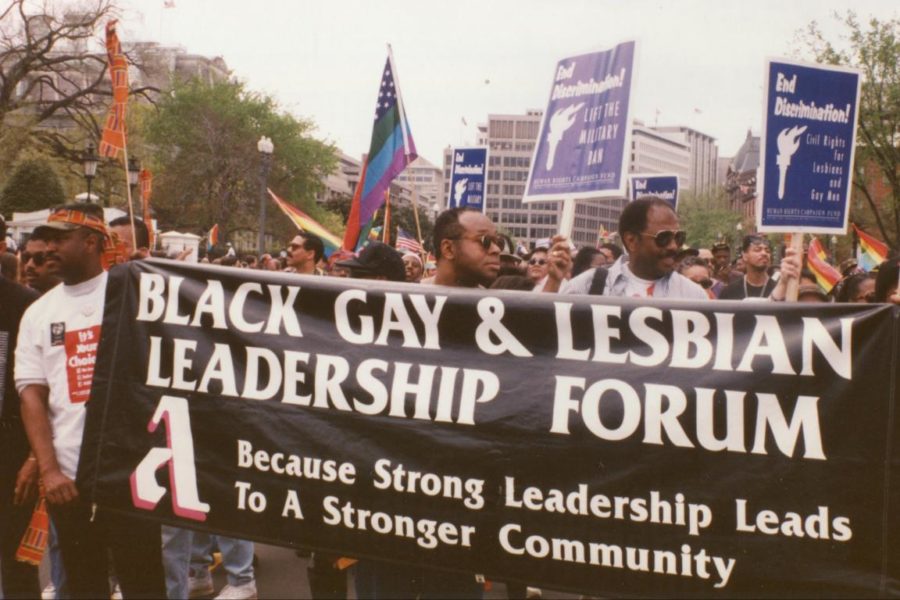 The Black Gay & Lesbian Leadership Forum has been on the forefront of fighting for the rights of the two oppressed communities they represent.

Gay rights activism first started in the United States in 1924 when The Society for Human Rights was founded by Henry Gerber in Chicago. However, the issue first exploded onto the national scene and into the public consciousness with the The Stonewall Riots, a series of demonstrations by members of the gay community in response to an early morining police raid at the Stonewall Inn, a gay club, in Greenwich Village, New York City on June 28, 1969. People of the LGBTQ+ community have been fighting for equal rights ever since.

Black people have been struggling for equal rights in the U.S. since the first Africans were brought to these shores as slaves. The Civil Rights movement, however, is generally considered to have begun with Rosa Parks when she refused to give up her seat to a white man on a Montgomery, Alabama bus in 1955. Her actions inspired the leaders of the local Black community to organize the Montgomery Bus Boycott of 1956, led by a young Rev. Dr. Martin Luther King Jr.

Drawing inspiration from the Civil Rights movement, the gay community began to protest more reguarly for equal rights, and the campaigns of the Black community and the LGBTQ+ community have been on similar tracks for the past 50 years, at times crossing paths with the two communities supporting each other.

The two communities have organized similar types of protests, fought for the same goal, and have experienced brutality at the hands of the detractors and law enforcement. Both communities have shown tremendous courage while facing off with powerful governmental and religious institutions who for many decades have worked – and are still working – to deny the members of these two communities their basic civil rights.

Oftentimes, the two causes will intersect. The 1963 Civil Rights March on Washington, where King delivered his iconic “I Have a Dream” speech, was organized by Bayard Rustin, a man who in 1953 had been arrested for engaging in a homosexual relationship.

There are now several organizations that focus on the rights of those like Rustin who are members of both the Black and LGBTQ+ communities, such as the The Black Gay & Lesbian Leadership Forum. Descriptions of the leading trailblazers from both of these communities can be found in this article from the Smithsonian website: https://nmaahc.si.edu/blog-post/five-trailblazers-you-should-know-pride-edition.

As those from those two communities have drawn inspiration from each other’s struggles and demands for equal rights, there is no denying advancements have been made for both groups.

However, in recent years there seems to be more of a growing backlash and even denial that these communities have been and are still denied the same rights taken for granted by straight, white people.

Now, these communities’ advocacy groups find themselves fighting to retain the rights they struggled to win over the decades more so than fighting to advance them. Several state legislatures, including Florida’s, have passed or are considering legislation to curtail voting rights that target minority communities. President Joe Biden has labeled these attempts a return to “Jim Crow,” referencing the days when southern states had laws that made it difficult, if not impossible, for Blacks to vote.

In 2021 alone, at least 14 states have passed numerous laws that restrict the freedoms of their LGBTQ+ residents. Most of those are targeting the transsexual communities.

Most of the recent legislation rolling back the rights of the Black and LGBTQ+ communities will be challenged in the courts by civil rights advocacy groups such as the American Civil Liberties Union (ACLU), but even if overturned, these new laws will have served a purpose in slowing down the advances being by and on behalf of these two oppressed communities.