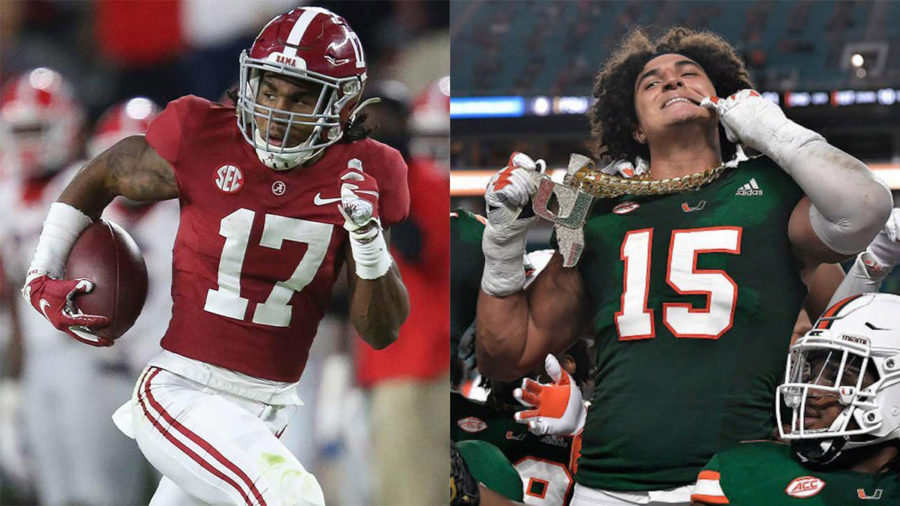 The Miami Dolphins, who missed making the 2020 NFL playoffs by just one game, had what many draft experts are calling a grade-A 2021 draft. Here’s a breakdown of the Dolphins draft and offseason changes as the Fins look to become a legitimate NFL championship contender heading into the 2021 season.

Going into the 2021 NFL draft, the Dolphins held the sixth overall pick in the first round after a couple of trades involving the San Francisco 49ers and Philadelphia Eagles back in late March that saw Miami move from the third pick down to the 12th pick and then back up to the sixth pick.

The general consensus was that with the first three picks of the draft expected to be quarterbacks, the sixth spot would assure that Miami would be able to select one of the four receivers they were coveting: Ja’Marr Chase (WR/LSU), Kyle Pitts (TE/Florida), Devonta Smith (WR/Alabama), or Jaylen Waddle (WR/Alabama).

As expected, the first three picks were quarterbacks, but then the Dolphins lost their chance at both Pitts and Chase as they went to the Atlanta Falcons and Cincinnati Bengals respectively. That left the Dolphins the two Alabama receivers and former teammates of Miami quarterback Tua Tagovailoa to choose from.

While many expected Miami to go with the reigning Heisman Trophy winner Smith, the Dolphins chose Waddle. After drafts, teams are rarely, if ever, honest about their intentions going into the draft, but the Dolphins and some insiders are saying that Waddle was the receiver they wanted the whole time, and they would have selected him over both Chase and Pitts even either or both had still been on the board at pick number six.

Waddle has been compared to wide receiver Tyreek Hill of the Kansas City Chiefs, a receiver who allows the quarterback to get the ball out of his hands quickly by running underneath crossing routes and then utilizing his amazing speed to outrun defenders for huge chunks of yardage. To that point, during his time at Alabama, Waddle caught 17 touchdown passes for an average of a 44-yard gain per touchdown catch. It has been reported that Tagovailoa may have been consulted by the Miami braintrust on which of his former teammates he would prefer, Waddle or Smith, but that report has not been confirmed.

With their second pick of the first round, the number 18 pick, the Dolphins selected who some were calling the best defensive player in the draft, defensive end Jaelan Phillips out of the University of Miami. Phillips is a speedy edge rusher with superior tackling skills. He is expected to fill the void left when Jordan Phillips left Miami via free agency after the 2019 season.

Despite his superior rating, some Dolfans have criticized the Phillips selection because of his history of concussions at the college level and the need to select a premier running back when Alabama’s Najee Harris, arguably the best college running back in years, was still on the board at pick 18. But again, it has been reported that Dolphins had the sights set on Phillips at the 18 spot the whole time.

With running backs Harris, Travis Etienne (LSU), and Javonte Williams (North Carolina) all taken before the Dolphins third pick of the draft, the fourth pick of the second round, Miami selected safety Jevon Holland from Oregon. Holland, a highly rated pass defender, is slated to fill the role left by Bobby McCain who was released after the draft to clear salary space, a move Miami was intending to make even before the draft. The Dolphins also recently signed former New England Patriots safety Jason McCourty.

With their fourth pick and the 10th pick of the second round, Miami got Tagovailoa some needed protection by selecting offensive tackle Liam Eichenberg out of Notre Dame. Eichenberg is not particularly fast nor does he possess the length that teams usually look for at offensive tackle; nevertheless, he provided superior run-blocking at Notre Dame. Although he has never played center, Eichenberg has said he is willing to play any position along the offensive line and is expected to be a 2021 game-one starter.

With the 19th pick of the third round and the 82nd overall pick of the draft, Miami selected tight end Hunter Long out of Boston College. Long led NCAA Division I tight ends in targets and receptions during the 2020 season. He is said to have superior route running skills and after the catch open-field running skills. Most importantly, Long provides the Dolphins insurance in case either tight ends Mike Gesicki and/or Durham Smythe leave for free agency after the 2021 season.

Because of trades made during the draft, the Dolphins had no picks in the fourth, fifth, and sixth rounds. With their two seventh round drafted Larnel Coleman, an offensive tackle out of University of Massachusetts, and running back Gerrid Doaks out of University of Cincinnati.

According to draft analyst Steve Muench, “Coleman has adequate size, outstanding length and starting experience at both tackle spots. He has the foot speed to seal front side defenders and cut off backside defenders. He has good upside, but his hand placement is inconsistent and he gives too much ground at times in pass pro.”

Muench writes, “Doaks is a big back with a good burst through the hole and good contact balance. He doesn’t have a second gear and he’s not much of a big-play threat.”

Overall, by all accounts, the Dolphins had a great draft. They were given a draft grade of “A” by CBS Sports, ESPN, and NFL Network. Many Dolfans would’ve liked to have had one of the three running backs since the Dolphins running game was a lackluster last season; however, the Dolphins front office said after the draft that Myles Gaskin will return as their feature back and that Malcom Brown, who was signed in free agency before the draft, will spell Gaskin and possibly be the short yardage back.