OH baseball coach Casey Beck leaving for John I. Leonard position: “One of the hardest choices [of] my life.” 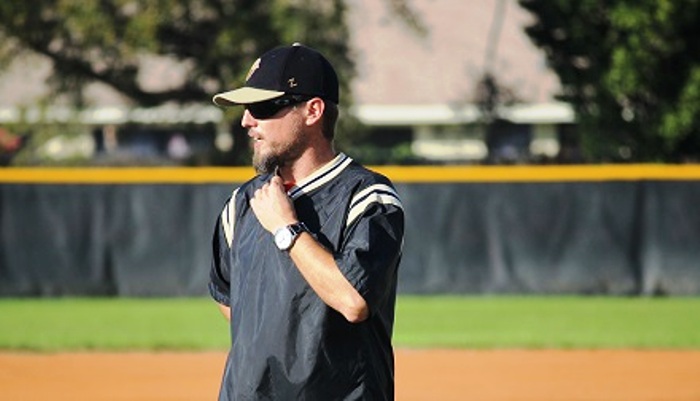 After seven years at the helm of the Olympic Heights baseball program, Coach Casey Beck will be taking over the John I. Leonard program next year.

“The opportunities both on the field, on the course, and in the classroom here at OHHS will never be forgotten, and I am HUMBLE and forever THANKFUL for each second I have been a Lion!”

While being a part of the Olympic Heights family, Coach Casey Beck has made an impact on all of his students and athletes. But the best part is the special bond he has with the people he has met at our school, and that, he says, will never be forgotten.

Beck will be leaving Olympic Heights, stepping down as the head coach of the baseball team and the boys golf team, to take a teaching position and take over the baseball program at John I Leonard High School in Greenacres. Over his coaching career, Beck has amassed 21 years of high school baseball coaching experience, seven at OH , and seven  years of high school golf coaching experience, the last two at OH.

On leaving the Lions Den, Beck told The Torch that “leaving Olympic Heights was one of the hardest choices I had to make in my life. However, the opportunity to work closer to home and spend more time with my wife and dog was something that I just could not pass up. I feel I am leaving at a perfect time for the next coach to come in and further enhance both programs and instill their leadership in working towards success! Leaving a great bunch of young men and students, along with my “family” in the ESE department, has been the hardest part of this decision!”

OH Athletic Director Chris Holly, commenting on Beck’s departure, said, “I greatly appreciate and want to thank Coach Beck for the time and dedication to Olympic Heights baseball over the years. I wish Coach Beck the very best at his new adventure.  Now, we here at OH have some big shoes here to fill on the diamond.  We will be searching for the new coach to take the Lions to new Heights.”

Beck explained that he will be teaching ESE science at John I. Leonard, “which is all I was going to originally do. But my wife told me that I needed to keep coaching—that the kids need me and ultimately I need them!” He further explained that he is “looking forward to getting my health back to where it needs to be, starting a family with my wife, and beginning the next chapter in my life, both personally and professionally!”

Still, Beck says he will always hold fond memories of his time at OH. “My favorite part of coaching and teaching at OHHS have been the lifelong relationships that I have made with my peers, students, and athletes. As soon as I was hired, I started rebuilding the baseball field and getting it in playing condition again. I got married on that same field with all of my baseball players, golfers, and staff of OHHS in attendance! My department of teachers in ESE have been unbelievable; they have treated me like family from day one and are always ready to lend a hand at any given second. The administration has been fantastic and I am very thankful for the support they have shown me over the past seven years.”

Of those fond memories, Beck says that “winning double-digit games on the baseball field for the first time in over 25 years in 2019, as well as making our first playoff appearance are memories I will always cherish.”

Beck is also proud of the fact that while coaching both baseball and golf at OH, he has an outstanding 100 percent graduation rate for all of his athletes that played under him for at least one full season.

As far as a message for the athletes he is leaving behind, Beck offered this advice: “I would say do not let life pass you by. Do not grow old and say to yourself, ‘I should have done this…I should have done that,’ instead, GO DO. GO DO. That’s my best advice!” As an athlete under Beck, this reporter can say that I learned much from him over the past two years, and that it will be very hard to find a more dedicated coach for his kids than Coach Beck.

As his journey at OH comes to a close, all of Coach Beck’s students, athletes, and co-workers, wish him the best of luck with his future, and are looking forward to seeing him succeed in this new chapter of his life.