The pressure of social media influencing can be deadly 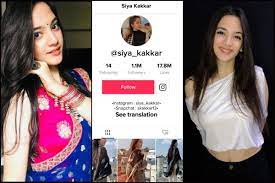 Siya Kakkar, a 16-year-old Indian social media influencer, presumably unable to cope with the image she had to continue to live up to, committed suicide in June of last year.

As the 21st-century advances, the importance of social media increases as it affects the lives that teenagers live today. Teenagers can’t seem to go five minutes without taking a selfie or taking a picture of the food they are eating, the place they are visiting, or the people they are with. The world revolves around cell phones and posting. It tells society who you are. But is it all true?

We have become so worried about what others think of us that we lost the meaning of the words: real and natural. We see celebrities and influencers posting pictures of themselves living in mansions, vacationing in exotic places, living it up on the beach, going out every night busting a new fit…and the list goes on. These people have become our role models; we envy them, we want to be them, we have to be them to be considered “cool.”

The recent documentary film Fake Famous spotlights the darker side of how social media influencers are manufactured and exposes how fake these celebrity influencers are as they seemingly have to one-up each other.

Fake Famous director Nick Bilton exposes the job of influencers, implying that all it takes is a pretty face and to post a vibey photo with a cool background to get people to like and follow. Bilton comments that social media is “designed not to make people feel better, but make you feel worse about what you don’t have.” The constant competition on social media is portrayed as a positive as it makes people feel better about themselves, but in reality, it is doing more harm than good.

According to the Child Mind Institute article “Does Social Media Cause Depression?” by Caroline Miller, depression and suicide rates have increased since smartphones were introduced. “Over half a million eighth through 12th graders found that the number exhibiting high levels of depressive symptoms increased by 33 percent between 2010 and 2015.”

Siya Kakkar, a well-known TikTok influencer, committed suicide on June 25, 2020, shocking the social media world as the 16-year-old girl was always posting upbeat videos for her fans. Kakkar hid her depression from the world as she seemingly couldn’t keep up with the image that she had to portray.

It is hard to find a balance between the real world and the social media world. People get so wrapped up in their phones that they forget who they are. Everyone hides behind their post, hoping that the world will accept them, often with negative results.

The real danger in trying to maintain a manufactured social media identity is the eventual loss of the real identity behind that fake image.