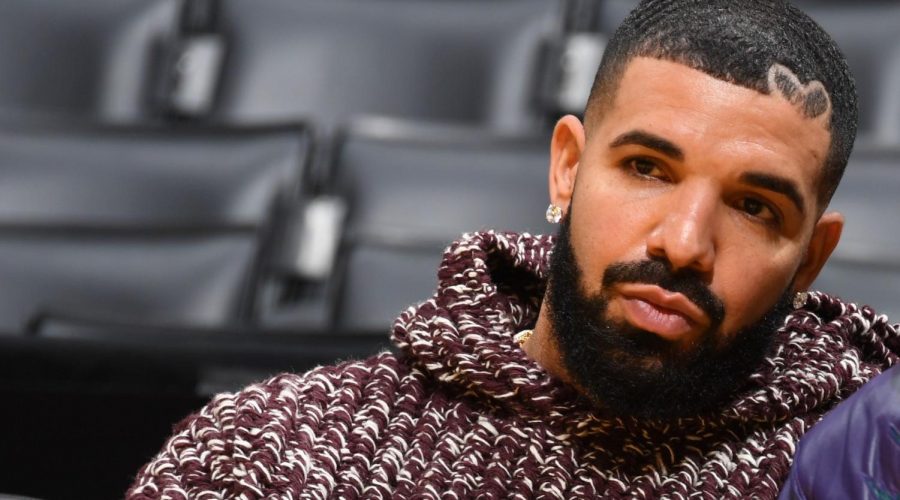 Drake's Certified Lover Boy, his sixth album, does not live up to the hype.

Drake’s highly anticipated sixth album, Certified Lover Boy, was released on Sept. 3, 2021, to mixed reviews. Some critics and fans deem it as the album of the year while others believe it’s one-dimensional and basic. Some of the songs are utterly amazing, and some create a melancholy tone on Drake’s part.

It opens with a bar of his son which seems to be the focal point of Certified Lover Boy. In the background of this beat is a high-pitched auto-tuned voice repeating a set of lines. This pairs with the gospel that’s faintly present. It’s very catchy for the first three minutes but after that, the background becomes an issue.

While the lyrics were great, Drake’s fans hold him at a higher standard. “CLB [Certified Lover Boy] is good, but compared to Drake’s other projects, this is not very good,” commented Olympic Heights junior Andrew Nebenzahl.

Others support the notion that Certified Lover Boy is not up to par with other albums that Drake has released in the past. “Compared to other [Drake] albums like Scorpion and More Life, CLB [Certified Lover Boy] is utter trash. It is probably one of Drake’s worst albums,” says OH junior Edward Stephens.

“Papi’s Home” begins with a weird monologue apologizing to all his sons around the world he wasn’t there for. The lyrics read, “To all my sons worldwide… I apologize for my absence, I know I left you without a name to drop.” However, “Papi’s Home” has a great, uplifting beat. It also features a small interlude from Nicki Minaj, but she was not rapping. It was more a speech about her needing child support. A continuation of the strangeness of this song.

“Girls Want Girls” with Lil Baby follows “Papi’s Home.” Lil Baby is a talented rapper and his verse in this song is outstanding. Drake, however, is disappointing on this song yet again. Unfortunately, his non-chorus lines are not meaningful, and the beat and chorus are basic.

The end of “Girls Want Girls” leaves a great transition for the next song “In The Bible” with Giveon and Lil Durk. Drake is monotone during the chorus and the beat is simple. Lil Durk kills his verse; however, Giveon’s lines are not great, and he is underutilized. However, there is a brief interlude where the beat is played on an electric guitar, which sounds amazing.

“Love All” with JAY-Z has a melancholy tone. The bars given Drake are depressing. It exposes that he was being exploited for his money and how this built his foundation. JAY-Z’s part expresses some hardships that he has experienced with some of his friends.

“Fair Trade” featuring Travis Scott is a favorite. Honestly, with a Travis Scott feature it is very hard to flop. Drake’s bars are incredible. He mentions how all his altercations caused him to grow while claiming he’s an original on the rap scene, but he’s feeling young. Travis Scott’s part only gets better when the beats switch up. It quickly turns into a hard beat, making the song one of the must-haves on a playlist.

“Way 2 Sexy” with Future and Young Thug may be the most controversial song on the album. “Although it has the city boy flow, the lyrical genius that is Drake is just non-existent in this song, most of the lyrics in the song have no deeper meaning,” Stephens says.

On the other hand, Nebenzahl notes that “way 2 Sexy” is “hard to beat with Future and Young Thug being featured on the song.” While the song most likely has no deeper meaning like Stephens mentions, Drake most likely included the lyrics to be cold instead of significant.

“TSU” is another song that has been very well received by listeners. This song has received some criticism, however, because it has a minute of mumbling before it actually begins. The beat of this song is one of the best on Certified Lover Boy. The bars are also insanely good. For example, Drake says, “I got a Drac’ in the studio, and I don’t just mean that I’m in this b***h.”

Drake serenades listeners with the classic Drake melody at the end of “TSU” which adds to the song’s greatness. People who say Drake is carried by features have not listened to “TSU”; while it may not be Drake’s most complex song, it’s pretty amazing by this album’s standard.

“N 2 Deep” with Future has a hard, electric guitar beat. The first part of the song is very depressing, yet still intriguing. It’s the second part of this song that is worth the wait due to its incredible beat. Drake’s lines are fine, but Future’s part is nuts. The beat compliments his voice so well and his lines rival his bars in “Way 2 Sexy.”

“Pipe Down” opens with a clever bar. Drake says, “Said you belong to the streets but the streets belong to me.” This is a reference to Future’s famous meme of “She belongs to the streets.” Drake even includes the sound of Future saying that line. “Pipe Down” is what fans love about Drake. It is Drake expressing his “lover boy” side. This song is a true representation of his feelings.

“Yebba’s Heartbreak” is an intermission song that is not worth listening to.

“No Friends In The Industry” is a hard rap song by Drake. He’s proving that he can do any type of song well. The bars are clean and they convey a clear message.

“The most memorable song on this album in my opinion would be “No Friends In The Industry” because in this song he’s not specifically calling anyone out, but he’s speaking the truth that no one in the industry truly cares about you,” explains Stephens.

Stephens sees the deeper meaning Drake was trying to convey. It’s specifically stated in the title which supports his claim that everyone in the music industry is there for their personal gain.

“Knife Talk,” featuring 21 Savage and Project Pat, is everything a 21 feature is. It’s perfect. Drake and 21 bounce off each other amazingly. It’s not surprising that these two have chemistry because they were amazing on 21’s song “Mr. Right Now.”

“7am On Bridle Path” is not a heavy rap song, but there are definitely rap undertones. In this song, sometimes Drake makes random rhymes and random references.

The first part of “Race My Mind” is a classic Drake song. It’s a very lyrical and upbeat song. It’s exactly what people expect of a Drake song, although It does have a sudden change in beat. The second part with the harder beat is great, but it is more of a monologue over a beat.

“Fountains” with Tems might be the worst track on the album. One would expect a Drake song with the beat and his voice, but it was not that. Tems is not a bad rapper, and her verse is amazing; nevertheless, her chorus on this song is awful.

“Get Along Better” featuring Ty Dolla $ign is a great way to make a sad tone of a song. The beat is fairly nice, and Drake emphasizes certain parts of his verse perfectly. Ty Dolla $ign kills his part, which, sadly, is only in the last 30 seconds of the song.

“You Only Live Twice” with Lil Wayne and Rick Ross is an upbeat performance. Rick Ross does an amazing job in his verses. His clever bars bring inspiration to those who may be feeling down. Drake’s part is great as well, as he compares himself to the King of Pop, Michael Jackson. His bars smoothly transition into Lil Wayne’s verse.

Lil Wayne’s part is nuts. He’s a legend, so fans should expect nothing less than a superb verse. A bar that is hard is when he says, “All my chains look like snakes, that’s some real diamondbacks.”

“IMY2” with Kid Cudi opens with a speech from Juice WRLD talking about the meaning of life which is wholesome. Kid Cudi is just alright in this song, however. The main reason for this is because it sounds like he’s whining while he’s singing.

Drake’s part could resonate with those who are trying to find what they’re trying to do with their lives. The ending is a bit strange because Drake speaks a few words and then pauses and then repeats that cycle.

The penultimate song “F****g Fans” was not great. It gives off vibes of an XXXTENTACION song. Even though there is a beat change, the bars were not anything special.

The final song on Certified Lover Boy, “The Remorse,” has a great beat with the piano. Unfortunately, it seems as if Drake just raps on beat with no care. He does mention that his son is very important to him, which is considerate, but it is just words on a beat. It is tragic that this is the final song of the album.

Nebenzahl says that the album was overall “ok,” but the songs he found most enjoyable were the hard rap songs. Many share this opinion because the beats associated with the hard rap songs also have the best features of the album. This isn’t to say that Drake is carried by features, but rather Drake syncs with features over hard beats better than those with mellow beats.

Stephens was less impressed with the overall album. “This album wasn’t very good, because it felt forced. It didn’t feel like the flow of the other Drake albums,” he comments. Many agree that this isn’t Drake’s best album.

Overall, Certified Lover Boy has some songs that will be listened to forever, but it also contains some of Drake’s most disappointing work.