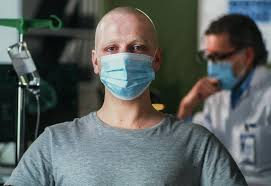 New cancer treatments could replace chemotherapy and its side effects which include depression, anxiety, nausea and vomiting, hair loss, appetite loss, fatigue, pain, and easy bruising.

Although there is no cure for cancer, technological advancements have allowed scientists and physicians to uncover new cancer treatments. Just in the last few years, scientists have developed a new type of genetic test that indicates if chemotherapy would be an effective form of treatment for each individual patient. This test has been deemed effective (mostly against the aggressive form of breast cancer HER2-) and saves cancer patients from the dreaded chemotherapy symptoms and side effects, which can be both physically and mentally taxing.

The Oncotype DX Breast Recurrence Score Test analyzes the activity of 21 genes to determine whether or not a woman has a genetic mutation which will suggest how likely a cancerous tumor is to grow and if it will respond to specific types of treatment. The management plan will be developed by physicians to be the most effective and least harmful for that particular patient, based on the results of the test.

Since chemotherapy has such a dramatic impact on the way the human body functions, some cancer patients refuse chemotherapy. Olympic Heights’ AICE Psychology teacher Dr. Seth Alper said, “Starting with the potential psychological effects, patients who have been diagnosed with cancer may experience signs of depression (such as thinking that things cannot change for the better) on one end, and closely linked to this, patients may show signs of anxiety (such as fear of the unknown) – both may lead to negative thought patterns that may progressively worsen.”

When patients refuse chemotherapy, it may be because they do not want to face the myriad of side effects such as depression, anxiety, nausea and vomiting, hair loss, appetite loss, fatigue, pain, easy bruising, etc. The cancerous cells themselves often do not create the side effects many associate with cancer. Instead, the cancer patient begins to take on the label of “cancer patient” when they begin treatment because of the effects of chemotherapy on their body.

Most people automatically assume a cancer patient is experiencing the more common side effects of the vicious drugs that are coursing through their body. Though this is true, people do not often think about the effects of medical drugs on cancer patients. This can cause a myriad of emotional issues such as stress, anxiety, depression, etc.

Dr. Alper discussed how patients may feel that they could have done something differently, which could have prevented the onset of the cancer, even though what someone does in their life does not always have an impact on their chances of developing cancer. For example, someone who tests positive for BRCA (the gene that has been found to increase a woman’s chances of developing breast cancer) cannot do anything to stop themselves from being diagnosed with breast cancer. However, someone diagnosed with lung cancer could do something about it, as they could stop smoking and avoid others when they smoke. However, people who abstain from smoking, using vapes, etc. can still be diagnosed with lung cancer.

The fact of that matter is that cancer and mental health issues go hand in hand. For example, mhanational.org summarizes the different ways cancer patients can experience mental health issues that make them want to refuse treatment. Mental Health America’s (MHA) website states that “MHA is the nation’s leading community-based nonprofit dedicated to addressing the needs of those living with mental illness and to promoting the overall mental health of it.”

Mhanational.org states that up to one-third of cancer patients in hospitals have common mental health conditions, and youth and young adults have a greater risk for depression and other conditions compared to adults with cancer. MHA also states that the rates of depression in those living with cancer are about eight percent to 24 percent. In reality, these numbers are probably higher as many have not sought treatment for depression. Also, the rates of Major Depressive Disorder are thought to be about three times higher in those with a cancer diagnosis than that of the general population.

Now, these are just temporary side effects drug companies and oncologists warn of. However, these vicious medications can cause irreversible damage to the body as well. Some types of damage include heart problems, kidney problems, damage to the lung tissue, infertility, and nerve damage. Some people just do not think the benefits of chemotherapy outweigh the risks.

If a breast cancer patient does not want to undergo chemotherapy treatment, use radiation therapy, or have surgery, doctors can utilize less common forms of treatment such as hormone therapy or photodynamic therapy (PDT). PDT is when “an intense light (usually from a laser) is used to treat localized cancerous spots, such as for the use of skin cancer,” explained Dr. Alper. Patents like PDT because it is not as invasive as chemotherapy and can typically be performed at outpatient facilities. This is an alternate therapy to chemotherapy; however, it is not approved by the Food and Drug Administration (FDA) to treat breast cancer.

Immunotherapy is another form of cancer therapy that this new genetic test may indicate to be effective for certain cancer patients. Immunotherapy is when doctors stimulate the body’s natural defense system to kill the cancerous cells. This form of treatment may be effective at targeting specific cancer cells while keeping healthy cells healthy. However, this therapy may cause fatigue, heart palpitations, fever, or chills.

Since this new test can improve the lives of breast cancer patients from all of the negative side effects of cancer, a good prognosis of the disease may be likely as it could become easier to treat and easier to care for. Although this does not minimize how scary cancer can be, patients may be more hopeful and willing to accept treatment knowing it was designed specifically for them.