Mental health issues an overlooked side effect of pandemic 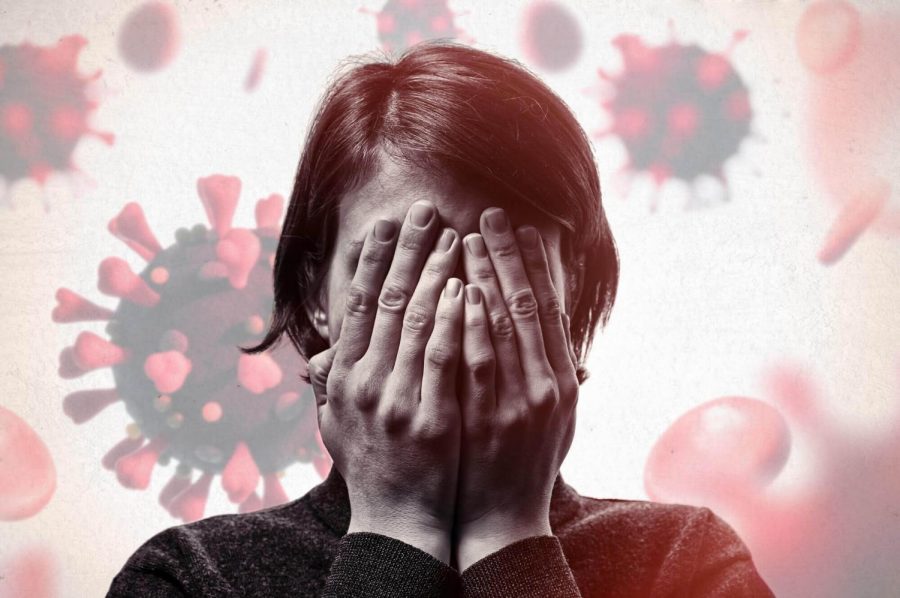 Mental health is a concerning issue in the world. This is especially true during and after the COVID-19 pandemic as people were quarantined in their houses resulting in increased feelings of isolation, stress, and depression. Not only did the COVID-19 pandemic claim millions of lives, but it also brought forward a wave of mental health issues for everyone due to the depressing atmosphere in which people were forced to conduct their lives.

Within a matter of days, hugs, handshakes, and other forms of physical contact were strictly forbidden. In an effort to protect themselves and the people that they care about, most people did not get to see their closest family and friends. The mental health crisis grew significantly during the pandemic, perhaps due to a lack of mental health care and treatment. This has especially affected children, teens, and young adults who are still figuring out their place in society.

From March 2020 until early 2021, people had little to no in-person contact. Many people are reporting feelings of depression or anxiety, especially as people are reintegrated back into society as vaccines roll out. According to the Centers for Disease Control and Prevention (CDC), four in 10 people reported feeling depressed or anxious during the pandemic, which is four times the number of people who reported these feelings in June 2019.

The COVID-19 pandemic took a massive toll on many lives. Not only were people feeling stressed, depressed, and anxious from being forced to quarantine, but some people may have been stuck in dangerous situations. For example, living in an abusive household is already scary, and may have created a more stressful life for those stuck in a never-ending cycle of abuse. These feelings of loneliness, isolation, depression, anxiety, and stress can result in suicidal thoughts, alcohol poisoning, overdoses, and suicide.

Although most people have reintegrated into a semi-normal society, many people emerged from the pandemic struggling with social anxiety. People were worried about going back to work, school, and anywhere that would require social interactions. Some people developed severe social anxiety that resulted in feeling symptoms of panic that intruded on their daily lives. The anxiety manifests itself in trouble breathing, a racing heart, and feeling shaky or faint. Many people continue to struggle with their mental health after the pandemic.

People who are struggling with their mental health often turn to addictive substances such as drugs and alcohol to cope. According to the CDC, in June 2020, 13 percent of Americans reported using addictive substances as a way of coping with stress or emotions, especially those related to COVID-19. During this time, the number of overdoses also increased significantly. In a survey done by Recovery Village, a nationwide drug and alcohol rehab program, “55% [of the people surveyed] reported an increase in past-month alcohol consumption, with 18% reporting a significant increase.”

Recovery Village also stated that 36 percent of the people that they surveyed reported an increase in illicit drug use. When asked why they were participating in these activities, the people who were surveyed responded with reasons such as stress, boredom, and trying to cope with mental health symptoms. “The increase can be due to a variety of reasons at the micro-level (such as loss of income, loneliness, or family issues) and/or at the macro-level (such as overall fear of economic or health issues),” Olympic Heights’ AICE Psychology teacher Dr. Seth Alper said.

Alper continued to explain, “In many cases, individuals may turn to a way to ‘relieve the stress’ in which drugs and alcohol can address from the mental standpoint (“I need a drink”) to the physical aspect (the actual numbness or high). In many cases, drugs or alcohol are seen as an ‘escape’ to the pressures of daily life that have changed for some in a dramatic fashion.“ Many professionals expect this trend to continue for several months to a few years after the COVID-19 pandemic ‘ends’ as people recover from the struggles that the pandemic caused them.

The COVID-19 pandemic has incited such a dramatic increase in mental health conditions, such as depression, anxiety, and addiction, so it is just as important for people to understand when to seek help and how to utilize self-help. The CDC recommends taking breaks from the media, getting plenty of sleep and exercise, unwinding when stress levels rise, and staying connected to friends and family as much as possible.

Mental health issues and the lack of treatment can cause an increase in drug and alcohol addictions. It is important that people seek treatment when they struggle with any mental health condition because they are all connected and can worsen over time.