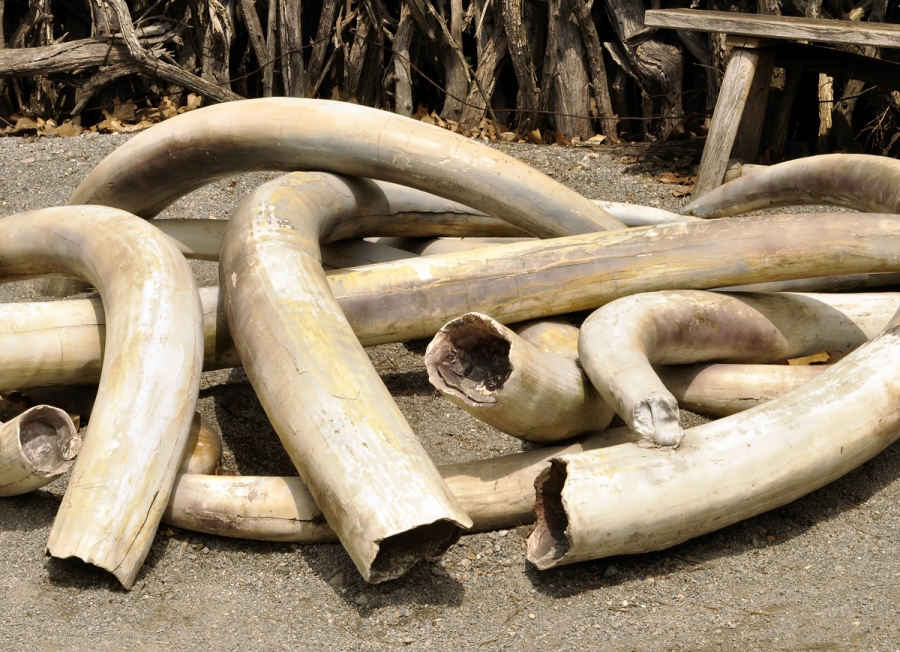 Poachers continue to kill elephants at an alarming rate for their ivory tusks which can bring thousands of dollars.

Long a problem, elephant populations continue to significantly decrease due to illegal poaching and the high demand for ivory products. Elephants are among the most intelligent animals on the earth, with sophisticated cognitive and emotional abilities. They have earned the respect of the people that share the African terrain with them and are tourism magnets that help fund the maintenance and protection of the region.

Yet, the elephant population is continually threatened by the ivory trade, as the animals are poached for their tusks. Ivory is very valuable, so poachers illegally kill elephants for their tusks and sell them for thousands of dollars. Products that are made of ivory include piano keys and special types of furniture. Although the elephant population is declining predominantly in southern Africa, they are also declining in other parts of the continent, mainly in central Africa and parts of East Africa.

The species is considered endangered, with an estimated 415,000 elephants living on the continent, while specific groups are being poached to oblivion. Asian elephant populations have declined by at least 50 percent in the last three generations, and the risk to elephants is only growing. According to panda.org, “With only 40,000-50,000 left in the wild, the species is classified as endangered.”

Elephants are known to be a keystone species which is why the threat to elephants is so concerning. “In short, if elephants were completely eliminated or prevented from roaming freely within a broad ecosystem, these ecosystems will cease to flourish,” reports africanelephantjournal.com. “They will become less diverse and, in some places, will collapse to over-simplified impoverishment.”

Elephants influence their surroundings in a variety of ways. The extinction of elephants would cause a major downfall in the ecosystem which elephants inhabit. Habitat fragmentation is a major factor contributing to population decline. Elephants dig for water with their tusks during the dry season. This not only helps elephants survive in dry regions and during droughts, but it also provides water for other species that are struggling. Elephants play a crucial role in maintaining ecosystem balances in African savannas and forests; therefore, this issue has serious ecological implications.

When forest elephants feed, gaps in the plants are created. These openings allow for the growth of new plants and the creation of migration routes for smaller creatures. “Some species rely entirely upon elephants for seed dispersal,” reports savetheelephants.org. The University of British Columbia explains, “Altered ecosystem dynamics would effect [sp.] seed dispersion and soil quality, as well as the physical features of the environment and biota inhabiting it.”

Humans can help elephants in various ways, one of which would be to boycott ivory-made products. The fewer people who want these products, the fewer elephants will be poached to sell. The demand for such priceless items must fall in order to stop unlawful elephant hunting for ivory.

Also, it could be helpful for local governments to strengthen the laws surrounding poaching and enforce those laws more forcefully. Donating to the World Wildlife Fund will also help support elephant conservation and help put an end to poaching and the killing of elephants. It would be an odd thing for kids 30 years down the road to think of elephants in the same terms as we now think of dinosaurs.