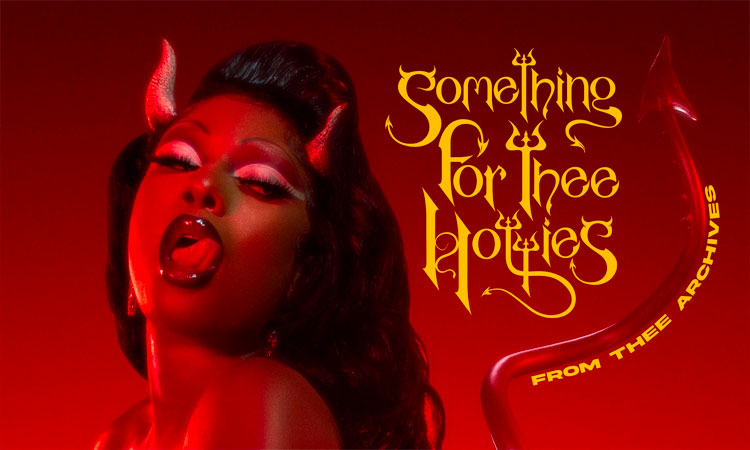 Megan Thee Stallion released her most recent album Something for Thee Hotties on Oct. 29. Megan Thee Stallion is known for her feature on “WAP” by Cardi B; however, she proved herself as more than just a feature artist with her 2020 album Good News. Something for Thee Hotties showcases Megan’s talent for unapologetic, hard rap lyrics along with unique beats. She includes some freestyles with most of the songs on the album being under two minutes.

The opening track of Something for Thee Hotties, “Tuned In Freestyle,” is a representation of what the album is mostly comprised of. The beat simply offers Megan’s bars to be showcased for what they are. She expresses so much confidence in every bar with innuendos, her status, and how people have been hating on her. These themes appear in the majority of songs on Something for Thee Hotties.

Megan then follows with another freestyle titled “Megan Monday Freestyle.” At times, the lyrics in this song are overwhelmingly quick, so people who don’t often listen to rap with this tempo may have a hard time keeping up with this song. However, she makes a bunch of allusions towards rappers like Young Thug and Rich Homie Quan. Megan’s approach to referencing other artists is often seen as her roasting them.

“Southside Forever Freestyle,” has one of the most unique beats on the album. Megan raps that her mom and grandmother have always supported her throughout her career as a rapper. Her tempo changes drastically throughout the song, yet she makes it seem natural. As always, there are some bars that shock listeners because they are so amazing.

“Megan’s Piano,” as the title suggests, references the beat which features piano elements. This song really calls out her haters and says she’s done dealing with them. She references how she has a deal with Nike, which was cold. With Nike, she aimed at encouraging people to take care of themselves and stay active.

The skit before “Eat It” offers a good transition to this song, but most people will not put a skit in their playlist. The verses in this song are phenomenal, but they are filled with innuendos. Most fans of Megan Thee Stallion would not have a problem with that if the chorus was not also filled with innuendos.

“Warning” has a great upbeat background and crazy bars to back it. The chorus basically says she does not need a man with money because she can support herself. Bars like these should be backed more because they inspire other women to be independent.

“Kitty Kat” has a couple of notable bars, one of which that features Megan flexing her three Grammy awards. Another one regards her legal battle with a music label where she says she will never let another label cheat her. Megan compares herself to Harriet Tubman, saying she is going to “get free like Tubman.”

“Opposite Day” has amazing wordplay which is arguably Megan’s greatest talent. For example, “Say he a shooter, I call him the duty (Baow, baow, baow).” In addition, her bar says she would be afraid of people… on opposite day. Her ability to deliver these bars is great.

“Bae Goals” is another song with many innuendos and amazing bars. This song has a relaxing beat, and even though the bars are intense, they do not overpower the overall vibe of the song.

Megan’s ability to switch up her tone and style is showcased in “Pipe Up.” There are melodic verses and then hard rap verses, which are not easy to incorporate into songs.

The last freestyle on this album is “Bless The Booth Freestyle.” This might be the worst song on the album. Some bars miss completely while the best bars do not compare to other lyrics in the album.

The penultimate song, “Thot Sh*t,” is considered by many to be the best song on the album, and according to Spotify, is Megan’s fifth most popular song. This song is everything people expect from Megan. It is light but supports her lyrics perfectly. Almost every bar rhymes with the title of the song which is impressive. It is definitely a song that will be played at parties. It expresses Megan’s success and that she’s unapologetic about showing it off.

The final track is “To Thee Hotties,” a thank you to fans who will definitely appreciate this message.

Something for Thee Hotties shows Megan’s ability to be unique in a community where much of the music sounds the same. It is a great album; however, in a year featuring many great albums, unfortunately it didn’t receive any Grammy nominations. Still, it shows great progress in Megan Thee Stallion’s discography.