After a disappointing start to 2021 for video game releases, the end of the year has delivered and 2022 looks promising 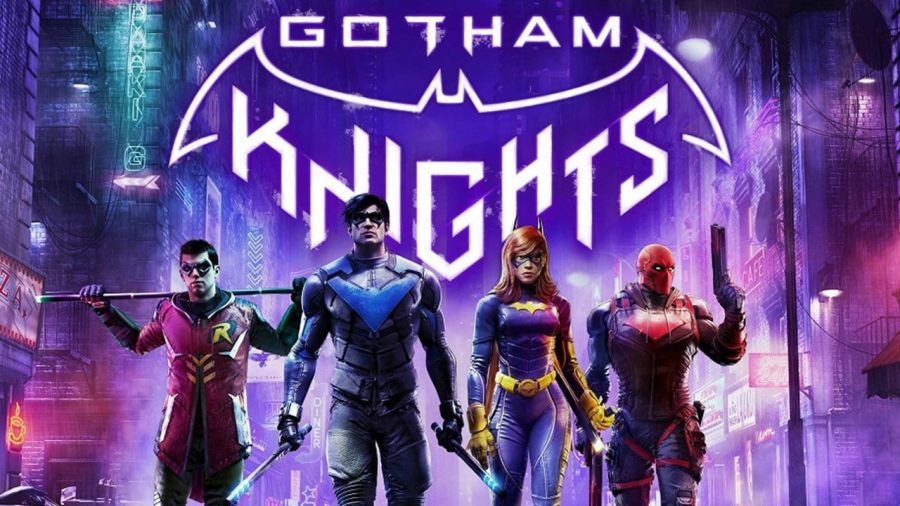 Robin, Nightwing, Batgirl, and Red Hood are the featured characters in the upcoming 2022 release of the much anticipated Gotham Knights video game.

Throughout 2021, gamers have been starved for new quality video games. Most of the games released this year have been popular for a week before “dying,” or getting too repetitive to the point that no one plays them anymore. However, there is some light at the end of the tunnel as the end of the year has brought what gamers can hope will be some quality entertainment. Here’s just a sampling:

Marvel’s Guardians of the Galaxy – Now some may be discouraged when seeing the name thinking, “Why would I play a game that I’ve seen the movie for?” However, this game is much different. It does follow the already known characters, but tells a new story, introduces new characters, and is much better than the previous Marvel game: Marvel’s Avengers. The game is developed by Square Enix, which has previously developed the Just Cause and Final Fantasy game series. The game was released on Oct. 26, and it was just the beginning of a long stretch of (hopefully) quality games.

Call of Duty: Vanguard – The newest installment in the Call of Duty series was released on Nov. 5 and did not live up to its expectations. It gained plenty of negative traction with some people claiming it would be the last game in the Call of Duty franchise that they would purchase. One common theme among those that reviewed the game was that it is “Call of Duty: Modern Warfare with worse graphics.” When new games come out in a franchise, gamers expect the games to incorporate something new from the previous game and have better graphics than the former. This one does the opposite.

Halo Infinite – One of the most hyped games in the past year has finally released a beta for the game on Nov. 15 in which players could test out the online multiplayer and their progress made in the beta version of the game would be carried over when the game fully launches. From the reviews so far, this game could be the game of the year. The full game gets released on Dec. 8, and if it is like other Halo games, it’ll most definitely be amazing.

Battlefield 2042 – Three full years after the release of Battlefield V, we got the latest installment on Nov. 19. After the release of the trailer which featured one of the most viewed Battlefield clips of all time and showed just a few of the amazing features the game would bring, the hype for the game skyrocketed. That was until they announced that people playing on different generations of consoles would not be able to play with each other. Despite that, the game will still be amazing.

Dying Light 2 – The hit zombie game became a classic in the gaming community, and six years after its release, gamers are finally getting a sequel to Dying Light. It will be released on Feb. 4, 2022, and will feature a much larger map than the already massive Dying Light map. It will continue the story of Aiden Caldwell and will be even better than the first one, according to the developer.

Evil Dead: The Game – This is not the cult classic’s first rodeo with video games, but hopefully it will be better than the others. With a release date of February 2022, players will get to fight their deadite friends as Ash, replaying his role as seen in the movie. “Deadites are a species of parasitic demons that seek to possess the bodies of mortals and feast on the souls of living creatures,” evildead.fandom.com explains. There are still a lot of unknowns about the game, but from the short trailer, it is obvious that the graphics of the game will be next level.

Gotham Knights – After the death of Batman in Batman: Arkham Knight, his sidekicks must fill the void he left and protect the city of Gotham. Players will get to play Robin, Red Hood, Nightwing, and Batgirl to defend against some of Gotham’s most infamous villains. The game will be released sometime in 2022, and if it is as good as Batman: Arkham Knight, then it could be another contestant for game of the year.