OPINION: Antisemitism must stop being normalized as growing trend of hate incidents hits too close to home 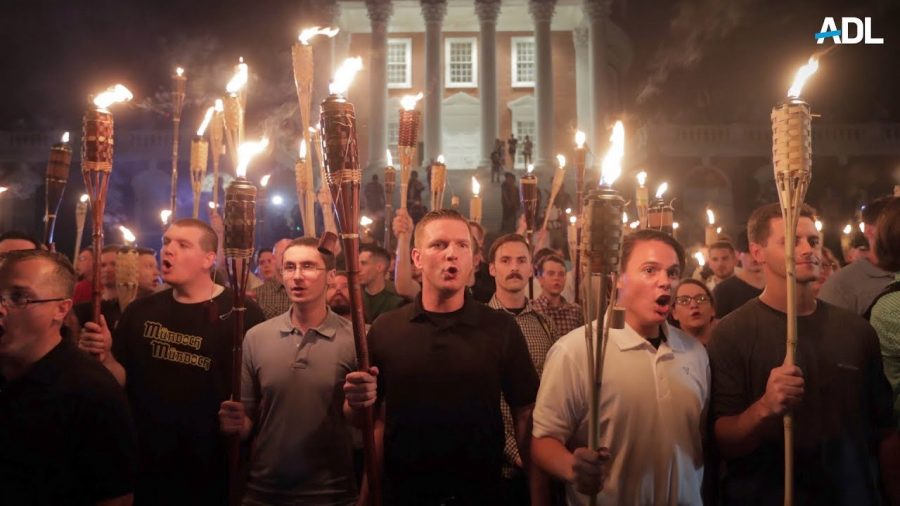 While Jews have been dealing with antisemitism for centuries, the tipping point for the recent growing national trend of antisemitic incidents seems to have been the the Charlottesville, Va. “Unite the Right” rally of August 12, 2017, wherein Neo-Nazis and white supremacists chanted “You will not replace us” at American .Jews.

According to various studies and reports, antisemitism and antisemitic acts have been on the rise over the past few years in the United States, as well as in other nations. Regardless of the reasons behind this disturbing trend, these actions of hate across the nation and the world should not be tolerated any longer.

Chicago news station WTTW reports on the nature of these hate crimes and the impact they are having on the Jewish community:

These statistics explain just how matter-of-fact the situation of antisemitism is. The Anti Defamation League (ADL), which determines and tracks antisemitic trends throughout the U.S. reports, “In 2020, [there were] 2,024 reported antisemitic incidents throughout the United States [and] 1,242 were cases of harassment. This statistic dropped by 4% coming from a perpetual high in 2019.”

The reasons for these attacks are varied, but the ADL’s Oren Segal elucidates that “Normalising antisemitism, I think, has more to do with the rise in antisemitism than people might think.” For instance, Saturday Night Live’s Michael Che made a controversial joke about Israel stating that the country is only vaccinating its “Jewish half,” referring to the debate about whether or not Israel is extending the COVID-19 vaccinations to its Palestinian residents. Many considered the joke to be antisemitic in nature.

Larry David, a Saturday Night Live regular guest, made a joke about the Holocaust concentration camps. References to sensitive topics such as these illustrate the point  Segal is making: people are starting to normalize antisemitic remarks which only encourages others to do the same and possibly worse.

Segal goes on to call out politicians for stoking the fires of antisemitism, saying, “Georgia congresswoman Marjorie Taylor Greene, who has likened coronavirus masking measures to the Holocaust, which killed six million Jews, has played a major role in the general rise in antisemitism in the US.”

Antisemitism as a political issue resonates with people differently. Antisemitism, as an issue, should not be a Republican or Democratic issue. It is a global dilemma that needs to be handled. Public figures, no matter what side of the political line they fall on, are normalizing this type of rhetoric to the point where their followers agree and mirror their similar verbiage.

Antisemitic incidents are also being perpetrated at a higher rate at universities and high schools. The ADL reports, “In January and February [2020], antisemitic incidents in schools, colleges, and universities were reported at significantly higher levels than they were during the same period in 2019.” The rate of those incidents only dropped when schools transitioned to online learning due to COVID-19.

Olympic Heights has not been immune from such incidents. One such incident involving antisemitic graffiti in a school restroom prompted principal Ms. Kelly Burke to send an email to students, faculty, and parents addressing the issue. In the email, Burke expressed how “highly inappropriate” the vandalism is and informed the OH community that “School Police are currently investigating…to determine the source of this vulgar display.”

Burke, making reference to the Holocaust, also informed students and their families that the school is “committed to educating our students regarding this horrific watershed event in history,” and that the school offers a wide variety of resources that address antisemitic discrimination.

In another less publicized incident, OH senior Jordyn Segal noticed that the Israeli flag was missing from the large number of national flags that decorate the wall outside of the ESOL office. ESOL coordinator Ms. Amy Denny explained to The Torch that both the Israeli and Palestinian flags had mysteriously gone missing. The Palestinian flag has since been replaced, and the Israeli flag replacement is on backorder from Amazon, according to Denny.

Segal reported the missing Israeli flag to the OH administration, but with there being no security camera in the area, according to Denny, it could not be determined who took the flags. Still, the incident of the missing flags and the antisemitic graffiti angered Segal. “As a Jewish person, it’s very disheartening to see the amount of anti-semitism within our school. I feel the school has a responsibility to help educate people and be transparent with the student body about what’s going on.”

Antisemitism has been a challenge the Jewish people have faced for centuries, and are still facing. However, the growing number of antisemitic incidents in the U.S., dating back to the Charlottesville, Va. “Unite the Right” rally of August 12, 2017, wherein Neo-Nazis and white supremacists chanted “You will not replace us” at American Jews, is extremely disturbing.

Just a quick check of the frequency of antisemitic incidents at the ADL’s “Tracker of Antisemitic Incidents” is chilling. The OH restroom graffiti incident is even listed. When such ignorance and hate hits so close to home, it becomes, even more, real and frightening. Hate crimes and incidents should not be tolerated at the school, community, or national level. Until the perpetrators of such acts are dealt severe consequences, it appears the growing trend of these incidents will only continue.