Looking for a new Christmas movie? Home Sweet Home Alone is not it, doing a great disservice to the original 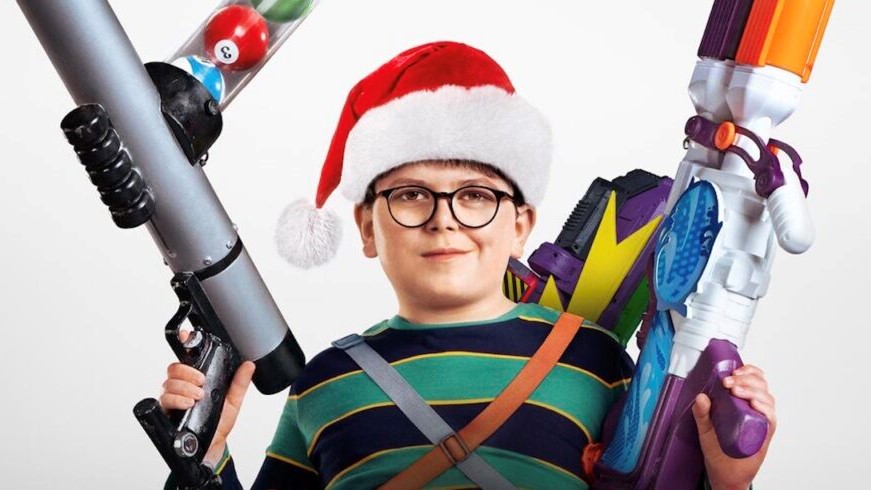 Home Alone is one of the most well-known and best-loved Christmas movies; therefore, when Disney decided to produce Home Sweet Home Alone, directed by Dan Mazer, people were skeptical about whether or not it could outperform its predecessor. After not having released a Home Alone movie in 24 years, people were shocked to find out that Disney would be releasing a fourth movie on Nov. 12, 2021.

The new movie does not cast the star of the original movie Macaulay Culkin, who played young Kevin McCallister. Instead, Home Sweet Home Alone focuses on a young British kid named Max Mercer, played by Archie Yates who has been called rude and bratty. Parents think Mercer sets bad examples for their own kids throughout the movie.

There are complaints that the movie promotes disrespect towards parents. Overall, viewers find the boy to be very annoying and not worthy of carrying on McCallister’s mantle. Olympic Heights junior Heidi Russell agrees, “He seemed so spoiled and was in no way as good as Kevin McCallister.”

There are things that Mercer does in Home Sweet Home Alone that mimic scenes from its predecessor movies. Mercer appears to mimic McCallister’s iconic screaming pose and his smiling at the window. However, these efforts seem forced and awkward.

There is a scene in Home Sweet Home Alone where Mercer is watching Angels with Filthy Souls, the movie that was used in the original Home Alone movies. This, once again, is very weird and shows how remakes and sequels often do not live up to the standards that originals create.

The new release consists of many other differences between the original classic and the sequel, and some of the changes were not met with pleasure by viewers. Unlike the original movie, the directors chose to give the robbers a sad backstory and a chance at redemption. Some believe this took up an unnecessary amount of time to portray. Instead of laughing at hilarious robbers, viewers are more focused on their backstory.

There is no justice in the film. This means that the viewers end up rooting for the robbers and feeling bad for them. The robbers in Home Sweet Home Alone are a husband and wife team, played by Ellie Kemper and Rob Delaney. Their reason for robbing Mercer’s house is that they were trying to get a $200,000 doll which they thought Mercer had stolen in order to be able to afford their mortgage.

In addition to that, the filmmakers added in a change of heart at the end for the robbers. The husband and wife robbers take the boy back to their house and apologize for the misunderstanding, creating a feeling of sympathy towards the robbers. The end of the movie also flashes forward a year to show that Mercer’s family and the robbers’ family have become friends.

By including a few wholesome moments between the robbers and Mercer, the main charm of the movie, the hilarious pranks, are ruined. The movie lacks new pranks, and the married robbers do not have the natural comedy of the original robbers from Home Alone, Joe Pesci and Daniel Stern.

According to The Guardian, “…the traps are a little unimaginative and Yates’s line delivery a little mechanical in comparison to Macaulay Culkin, the slapstick becoming repetitive and ineffective.” Many of the pranks are the same, but a few of the best ones are missing. All in all, the sequel does not make viewers laugh as much as watching Pesci and Stern beat up by eight-year-old Kevin McCallister.

Despite the movie lacking in areas of comedy, it does have a few key moments that produce nostalgia for the viewers, especially those who grew up watching this iconic original. One of these moments is the inclusion of one of the original actors. Devin Ratray, who played Kevin McCallister’s older brother, Buzz McCallister, in the original movie, is the only original actor who makes a reappearance in Home Sweet Home Alone.

Buzz McCallister is the police officer that is sent to the young boy’s house to check on him. It is funny and nostalgic, especially when he tells the dispatcher that they should ignore the call because it is just his younger brother messing with him and that he does it every year. This little hint at Kevin McCallister’s adult personality really adds to the movie.

Even though Kevin McCallister does not make an appearance in Home Sweet Home Alone, there is a sign in Mercer’s front yard that says “protected by McCallister Home Security.” This gives viewers a hint as to what Kevin McCallister is up to in life. He most likely went into the business of something he is good at, protecting people’s homes. While a security system is a little less violent than setting people on fire, dropping irons on their heads, and swinging paint cans, it still follows the same line of work that he very clearly succeeds in.