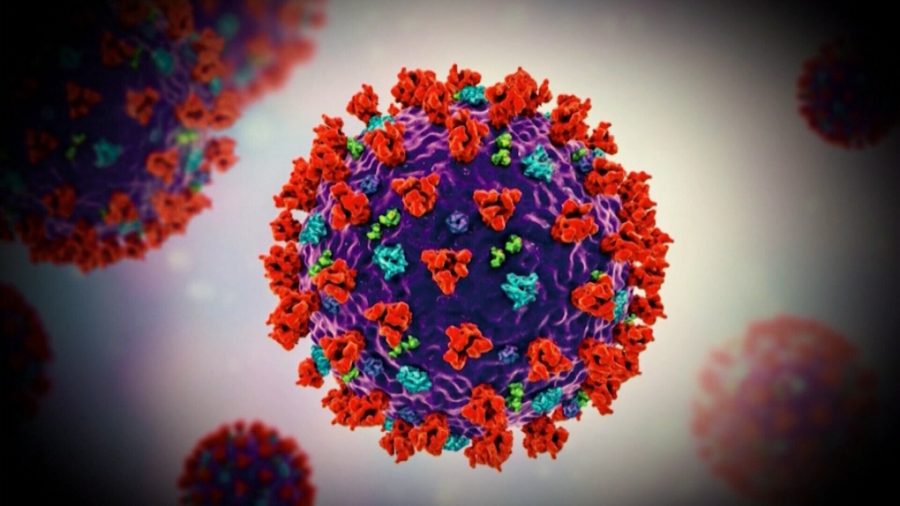 The COVID-19 variant, Omicron, which was discovered in South Africa in November, has rapidly spread around the world and has impacted how many people conduct their lives. Since most places have returned to a semi-normal state since the start of the COVID-19 pandemic, people are concerned that the Omicron variant will cause lockdowns, restrictions, and mandates to return.

The New York Times stated, “On Tuesday, the C.D.C. reported that Omicron variant cases made up a significantly lower percentage of the overall U.S. caseload than was expected, at roughly 59 percent.” This has a clear impact on the country and could affect the struggling state of education.

This variant causes higher chances of infection, whether someone is vaccinated against COVID-19 or not. The Omicron variant is spreading faster but has less severe consequences than other variants, such as the Delta variant.

The Omicron variant induces flu-like symptoms such as a cough, fever, and aching muscles. NBC reports, “According to early data, the time it takes for an infected person to develop symptoms after an exposure may be shorter for Omicron than for previous variants — from a full week down to as little as three days or fewer.”

NBC continues to explain that just about 61 percent of the population is fully vaccinated, but only about 30 percent has received the booster shot. However, according to the Centers for Disease Control and Prevention (CDC), 54 percent of adults 65 years and older have gotten the booster shot.

According to CNBC, “The WHO [World Health Organization] strongly opposes widespread rollout of booster shots, asking that wealthier nations instead give extra doses to countries with minimal vaccination rates.” Since the U.S. and other wealthy nations have vaccinated a large percent of their population, the WHO believes it would be more beneficial to give the vaccines to less fortunate nations that do not have access to the vaccines.

As viruses evolve in an effort to stay alive, they become more contagious but less deadly. Some people are confident that this new variant will not have a strong effect on how most states have returned to normalcy. However, some states, such as New York, have shut down and are requiring masks in all indoor settings again.

The Omicron variant was detected in every U.S. state within a month of it first being detected in the U.S.. There are also cases of this particular variant of COVID-19 in at least 90 countries across the globe. Initial testing done by South African scientists suggests that this variant appears to be less severe, but the new strain spreads much faster than the original virus. The British Broadcasting Corporation (BBC) reports, “UK [United Kingdom] researchers have analysed the likely impact that a Covid booster shot will have on Omicron and say it could provide around 85% protection against severe illness.”

The Biden administration quickly banned travel from South Africa in an effort to limit the spread of the Omicron variant to the U.S. Olympic Heights sophomore Logan Zukerman thinks that in order to stop the spread of new variants there needs to be some travel bans put in place.

Contrary to Zukerman’s beliefs, OH sophomore Alex Eidelkind believes that most restrictions should be lifted. He stated that people should be allowed to travel, but they should be prepared and knowledgeable about current restrictions on international travel.

In the U.S., all air travelers age two and older are required to show proof of a negative test taken within one day of the flight to board. However, if a flyer has recently recovered from COVID-19, they can be exempt from getting a COVID-19 test but must have documentation of a recent positive and negative test.

As a result of the rapidly spreading Omicron variant, the U.S. announced travel restrictions from multiple countries on Nov. 26. “At the advice of the President’s Chief Medical Advisor and the Centers for Disease Control and Prevention, the Administration announced it will restrict travel from Botswana, Eswatini, Lesotho, Malawi, Mozambique, Namibia, South Africa, and Zimbabwe starting on November 29 due to concerns over the new Omicron variant,” reports travel.state.gov. “These travel restrictions do not apply to U.S. citizens, lawful permanent residents, and certain other categories of travelers.”

Meanwhile, the UK has lifted travel bans on 11 African countries. Representatives from the UK health secretary believe that the variant is already so widespread that a travel ban will not help them in their attempt to minimize the spread of the Omicron variant. Contrary to the UK, Canada and Finland have both tightened their travel restrictions. The Canadian government limited all non-essential travel until Jan. 31, 2022.

The Omicron variant could affect how schools function given the recent increase in COVID-19 cases. With the stress of attending school after a pandemic, some students and staff are hesitant after hearing of the new Omicron variant, being that masks have been made optional in schools.

“With how fast Omicron spreads, it’s possible we might revert back to online learning, which is a terrifying prospect,” says OH sophomore Grayson Hawkins. “Hopefully, better precautions will be taken this time instead of simple quarantine again.”

In response to the quickly spreading Omicron variant, the School District of Palm Beach County is making masks mandatory for school employees, vendors, and visitors to campuses when school resumes after Winter Break. As per state law, masks will remain optional for students, but students are being encouraged to wear them.

The hope created by the vaccines will help some people feel at ease; however, the Omicron variant can affect vaccinated people. The CDC, Pfizer, and BioNTech indicate that there may be a need for a fourth dose of the COVID-19 vaccine. OH sophomore Ana Mendez says, “We got the vaccine developed pretty quickly so I think improving the vaccine to fight the new variant will take a short period of time.”