Once considered a fad, cryptocurrency value is skyrocketing 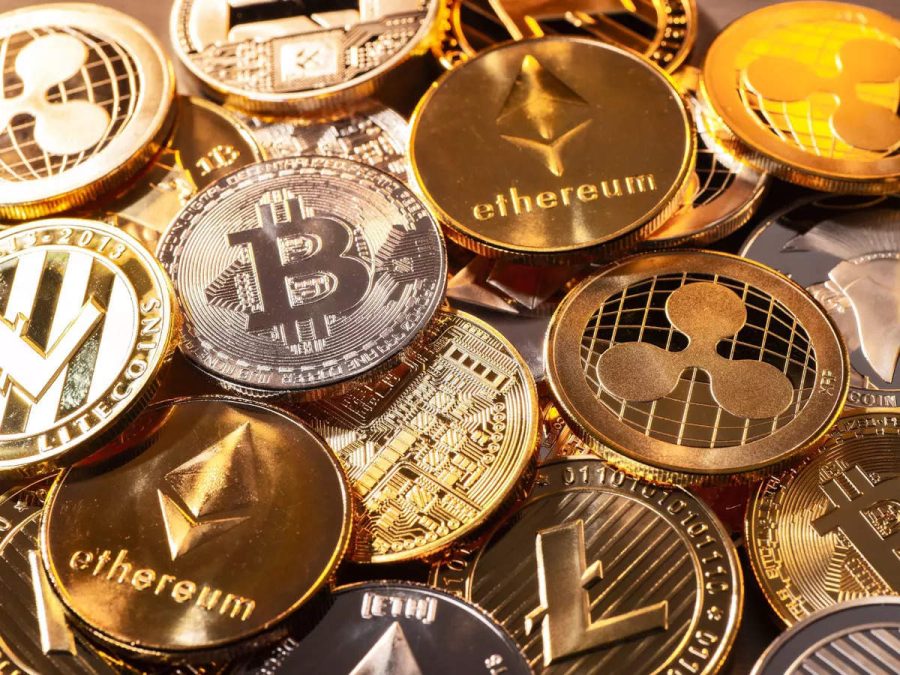 Cryptocurrency, which has gained popularity over the past several years, was developed in 1983 when David Chaum, a computer scientist, created eCash. eCash is a secure and anonymous way to transfer money. Since scientists build off of theories from other scientists, eCash was used as a guide and base for future currencies.

In Jan. 2009, the world evolved into a new chapter. Bitcoin, the world’s first substantial digital currency, was released. Many were vigilant when Bitcoin was released because people were afraid of it being a trend. However, strong supporters saw value in the fact that Bitcoin is decentralized. This means that the currency can be traded between users without a central administrator or bank. Bitcoin only continued to expand as this became a more well-known fact.

Although Bitcoin is a great way to make some quick money, experts warn of its dangers. “The price of Bitcoin — and all cryptocurrency, for that matter — is incredibly volatile because it is such a young currency and market,” reports Forbes. “It is not uncommon for the price of Bitcoin to experience wild swings within a day or even within minutes. This makes trading a dangerous venture.”

Due to the dangers involved with cryptocurrency, there were rumors that it would be outlawed. However, “Federal Reserve Chairman Jerome Powell has confirmed that the U.S. has no plans to ban Bitcoin and cryptocurrencies,” reports nasdaq.com.

In 2011, some real competition to Bitcoin emerged. Litecoin became a large competitor of Bitcoin. Litecoin included certain aspects which separated it from Bitcoin. For example, it included a larger maxim cap for coins (the maximum capture of coins to exist). Even though many found Litecoin to be superior, it still failed to surpass Bitcoin.

Coming before a surge in Bitcoin’s value, Bitcoin cuts its rewards in half in 2012. As there are only 21 million Bitcoins in existence, the reward was cut in half to prolong the life of the Bitcoin.

The following year, Dogecoin was released. Originally released as a joke, Dogecoin ended up being a significant player in the cryptocurrency market. It went viral as a meme and proved to be quite popular and consumer-friendly and has continued to grow.

In 2016, the cryptocurrency game was changed. Ethereum, one of Bitcoin’s strongest competitors was released. In fact, no other form of cryptocurrency has come this close in value to Bitcoin. Olympic Heights senior Nathan Krijgsman is quite involved in cryptocurrency trading and investments. He explained how he invested in Ethereum rather early on, and how his investment has paid off. His main piece of advice is to look at pure analytics. He stressed how important it is to “trade what you see, and not what you think.”

In 2017, Bitcoin became worth $10,000. This was a huge milestone for the company, which gained them much-wanted attention. As Bitcoin, Ethereum, and other platforms grew over the years, big companies started to gain interest. In 2019, Microsoft released a service, through a blockchain wherein users have the ability to put Ethereum contracts together. In 2021, the cryptocurrency market cap surpassed $2 trillion. This further solidified the viability of cryptocurrency.

“Bankless” is a podcast on cryptocurrency investment that comes highly recommended  by those in the know. “Bankless” covers several topics, including Non-Fungible Tokens (NFTs). Anything which is not fungible (no definite value), is an NFT when placed on the market. Some common examples are rare baseball cards, artwork, etc.

Digital artwork NFTs are very popular because artists can sell collections of artwork influenced by a base image. Traders will often pay extraordinary amounts of money for a specific art piece, due to their belief in its potential. NFT’s are a very interesting market with great potential for success just as well as failure.

Although cryptocurrency can be extremely beneficial to one’s success, it is important to do research on cryptocurrency before partaking in it. Doing research and keeping up with news about cryptocurrency will only help people understand it more and will help them become more able to use it properly.