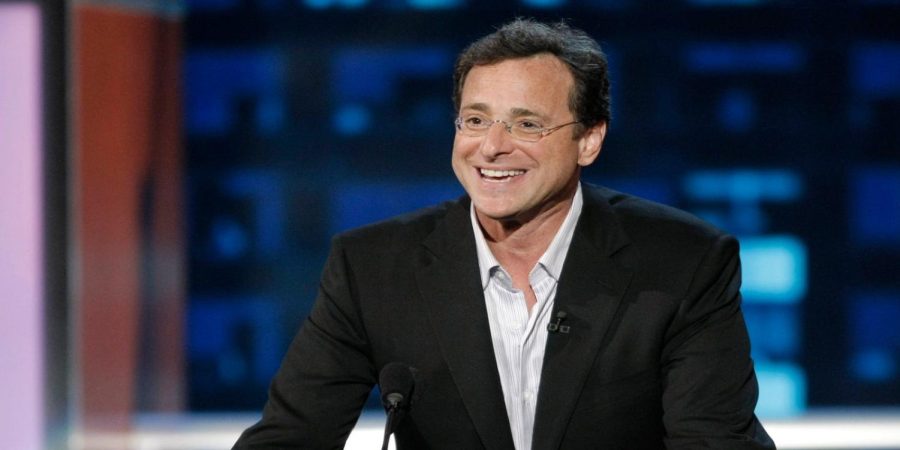 Actor/comedian Bob Saget, who had just embarked on a stand-up comedy tour, was found dead in his Orlando hotel room on Jan. 9. He was 65 years old.

Bob Saget was a man who possessed many different talents, including his great ability to act and entertain a crowd. Sadly, Saget passed away on Jan. 9, at age 65. Saget was a successful actor, comedian, and singer. He will forever be remembered by millions of people for his role on the television sitcom Full House and for time hosting America’s Funniest Home Videos.

Saget was a major part of many people’s childhoods, especially people who grew up in the late 80s and early 90s. From 1987 to 1995 he played Danny Tanner, a loving single dad, on Full House. Although he played many parts over the years and participated in many movies and tv shows, he will forever be remembered as the sweet, organized character that he played over 20 years ago. It was so popular that it even generated a nostalgic sequel, Fuller House, that Saget guest starred in throughout the show’s five seasons, reuniting with his former cast members.

Tragically, Saget was found dead in his hotel room at the Ritz-Carlton Hotel in Orlando, Florida. “Earlier today, deputies were called to the Ritz-Carlton Orlando, Grande Lakes for a call about an unresponsive man in a hotel room,” the Orange County Sheriff’s Office reported. “The man was identified as Robert Saget & pronounced deceased on scene. Detectives found no signs of foul play or drug use in this case.” No other information has been released about Saget’s death as of this writing.

It is clear that Saget and his former Full House cast members were close as they have been speaking emotionally about his passing. John Stamos, who played Uncle Jesse, wrote that he is “broken” and “gutted” over Saget’s death. Mary-Kate and Ashley Olsen, who shared the role of Michelle Tanner, Saget’s youngest TV daughter, said that he was the “most loving, compassionate and generous man,” according to USA Today. Many other cast members and celebrities have spoken out about how much they will miss Saget and enjoyed working with him.

“His death marks the end of an era. Millennials across the country said goodbye to a piece of their childhood this week,” Olympic Heights social studies teacher Ms. Kathleen Keithley commented. ”Bob Saget’s performance as Danny Tanner taught us how to love each other unconditionally, pick ourselves up when the times get tough, and to rely on family to get us through all the ups and downs that come with life. We will miss you, Bob Saget.”

While most of Saget’s acting career was quite wholesome and family orientated, the same cannot be said for his stand-up comedy career; in fact, it was basically the polar opposite. Amongst his comedy peers and followers, he was popular for his crass, dark humor which was often seen as controversial.

When Saget made an appearance in the 2005 documentary The Aristocrats, he took on a famed dirty joke and made it his own which many have declared to be the dirtiest version of all time. Along with The Aristocrats, Saget was known for his crass humor when he hosted America’s Funniest Home Videos from 1990 to 1997.

Over the last decade, Saget got back into comedy and prepared for his comedy tour, which was delayed due to the COVID-19 pandemic. His first show in his I Don’t Do Negative Tour was on Jan. 7 in Orlando. His second and final performance of the tour ended up being the Jan. 8 show at the Ponte Vedra Concert Hall in northeast Florida.

After the set, Saget tweeted, “Loved tonight’s show @PV_ConcertHall in Jacksonville. Appreciative audience. Thanks again to @RealTimWilkins for opening. I had no idea I did a 2 hr set tonight. I’m happily addicted again to this [explicit]. Check BobSaget.com for my dates in 2022.”

Along with posting on Twitter, Saget also posted on Instagram mere hours before his death about how much he enjoyed performing comedy again. He ended his post with “Peace out.” Sadly, as the world would soon find out, that would be his last show, and the last time they ever heard from Saget.