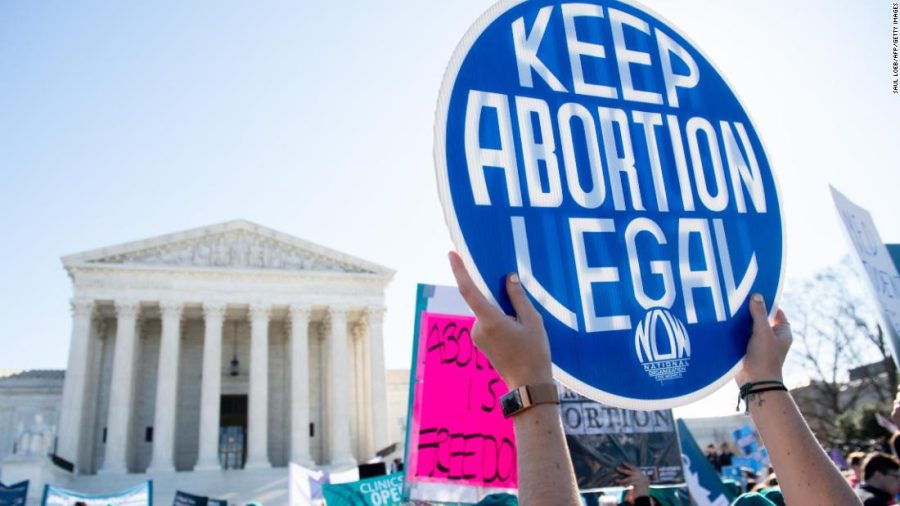 Roe v Wade was a landmark decision on behalf of the Supreme Court of the United States that recognized a woman’s right to obtain an abortion if she so chooses. This ruling came on Jan. 22, 1973, and nearly 50 years later, it faces extinction.

“The Roe benchmark found that a woman’s right to an abortion was covered by the Constitution, and said states can’t ban abortion unless a fetus is viable, or can survive outside the womb,” CNN reports. “The viability standard is now considered to be from 22 to 24 weeks of gestation.”

Due to the Court’s willingness to even hear a case today regarding strengthening the laws surrounding abortion, it seems like the current majority conservative Supreme Court may rule against a precedent set long ago, and one that is so important to millions of Americans.

If the Court hands down a ruling that rolls back abortion rights, there would be a seismic change around the country when it comes to when and how a woman obtains an abortion. Since six out of the nine judges on the Supreme Court are considered conservatives and were appointed by pro-life Republican presidents, many are afraid that Roe v Wade will soon be overturned after the Supreme Court agreed to hear arguments concerning the Mississippi law that violates Roe v Wade.

The Mississippi law, the Gestational Age Act, limits abortion in the state after 15 weeks, “except in a medical emergency or in the case of a severe fetal abnormality.” Although most abortions are performed in the first 12 weeks of pregnancy, some states allow abortion up until the end of the 27th week. The Mississippi law bans abortion two months before Roe does and nine weeks before experts say fetal viability occurs.

The Mississippi law “was enacted in 2018 by the Republican-dominated Mississippi Legislature but never went into effect because of an immediate legal challenge that led to a federal appellate court blocking its enforcement,” The New York Times reports. This new law in Mississippi is set to be reviewed by the Court to determine its constitutionality. Even though this case is regarding the law in Mississippi, Mississippi is not the only state tightening abortion rights.

Governor Greg Abbott of Texas signed Senate Bill 8 into law on May 19, 2021. According to Texas Monthly, this bill allows any private citizen in Texas, or elsewhere, to sue anyone who performs an abortion for anyone in Texas. The law also allows a lawsuit against anyone who “aids and abets” or intends to aid or abet a woman get an abortion in Texas after the embryo’s heartbeat is detected.

The Texas Tribune reports, “Last June, Texas joined 11 other states by enacting a measure that automatically bans abortion after Roe is overturned without having to call a special legislative session.”

This bill would forbid a physician from performing an abortion “if the physician detected a fetal heartbeat for the unborn child.” The bill states that aiding and abetting an abortion includes paying for or reimbursing abortion costs via insurance or other methods, regardless of whether the person knew that the abortion violates the law.

DeSantis is a pro-life Republican and supports this bill and others like it, although he states that he does not want to turn people against each other. Many Republicans around the country argue “My body, my choice” when it comes to mandatory COVID-19 vaccines and masks, yet when it comes to a woman’s right to choose, suddenly that credo no longer applies. It is no longer a woman’s body, a woman’s choice; it is now the government’s choice.

Due to the number of U.S. states beginning to enact pre-Roe laws, the Supreme Court now has no choice but to hear the Mississippi case. If the Court determines it is unconstitutional, other states would cease signing these bills into law as they are illegal.

However, being that the Court has a Republican majority, predictions point to the fact that Roe v Wade will be overturned in the near future. Since the Court is expected to give its decision before the end of 2022, most likely right around the 2022 election season, many are afraid the Court has become poisoned by politics and that the justices will not make the proper decision. Whether or not the Supreme Court overturns the Mississippi law should have nothing to do with politics but should have everything to do with whether or not the law itself presented before the Court is constitutional. Americans think the Court’s rulings should strictly be based on the Constitution.

According to The New York Times, “The court’s three Democratic-appointed justices, sounding anguished and angry, said that overruling Roe soon after a bare-knuckled political campaign to change the court’s membership would represent a tipping point, one from which the court’s legitimacy could not recover.”

Being that the Supreme Court will most likely overturn Roe. V. Wade and allow the states to decide, people who live in red states will have a more difficult time obtaining an abortion and may even have to travel to a different state or even country to have the procedure.

This will put many women at risk because many will resort to getting unsafe “back-alley” abortions as they did before Roe v Wade. Rolling back abortion rights could change the way Americans see America and the way that the world sees America because other established, democratic nations allow abortion.