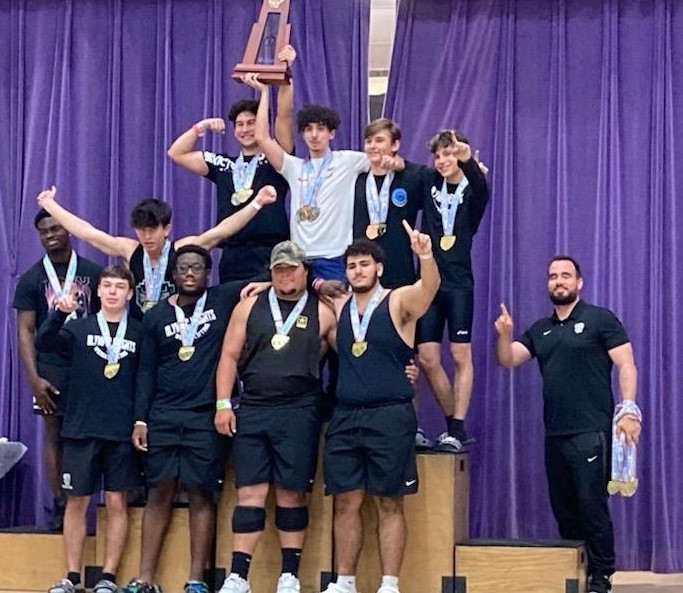 The Olympic Heights boys weightlifting team celebrate their Class 3A State Championship in the Snatch Competition.

The Olympic Heights boys wrestling team won the Class 3A State Championship in the snatch event on April 21. The OH weightlifters edged out Navarre High School by one point for the title, 21-20, to win the school’s first weightlifting state title.

“The kids were ecstatic and it’s thrilling for them,” OH weightlifting coach Micah Stucky told the Sun-Sentinel. “We were excited to train and compete in the snatch since the beginning of the year. We had a lot of boys who have worked hard since freshman year and to win our first state title as a team is pretty special.”

Olympic Heights students Andrew Romero and Jacob Mendonca represented the school over the past weekend at the Special Olympics State Games in Orlando. Mendonca earned gold medals and Romero took home silver in both their running and throwing events. They did an amazing job representing the Palm Beach delegation and Olympic Heights,” OH Special Olympics sponsor Ms. Robin Williams commented.

The Olympic Heights Athletics teams posted the highest combined overall grade point average with a in Palm Beach County and the fourth highest in the state for Class 6A schools with a 3.480 GPA. All 29 OH teams posted GPAs higher than 3.00.

The overall breakdown is as follows: 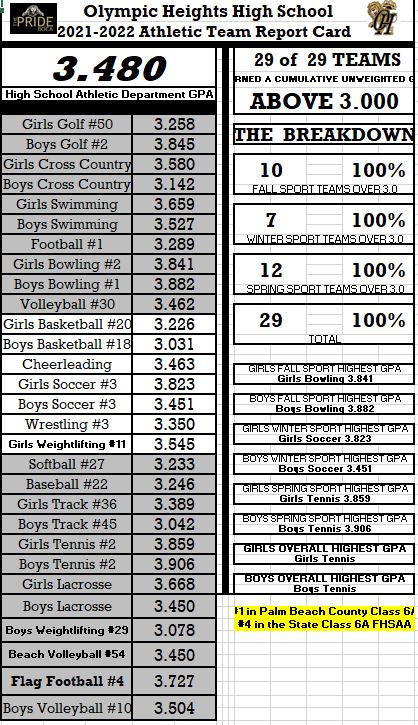